Underwater world in your hands 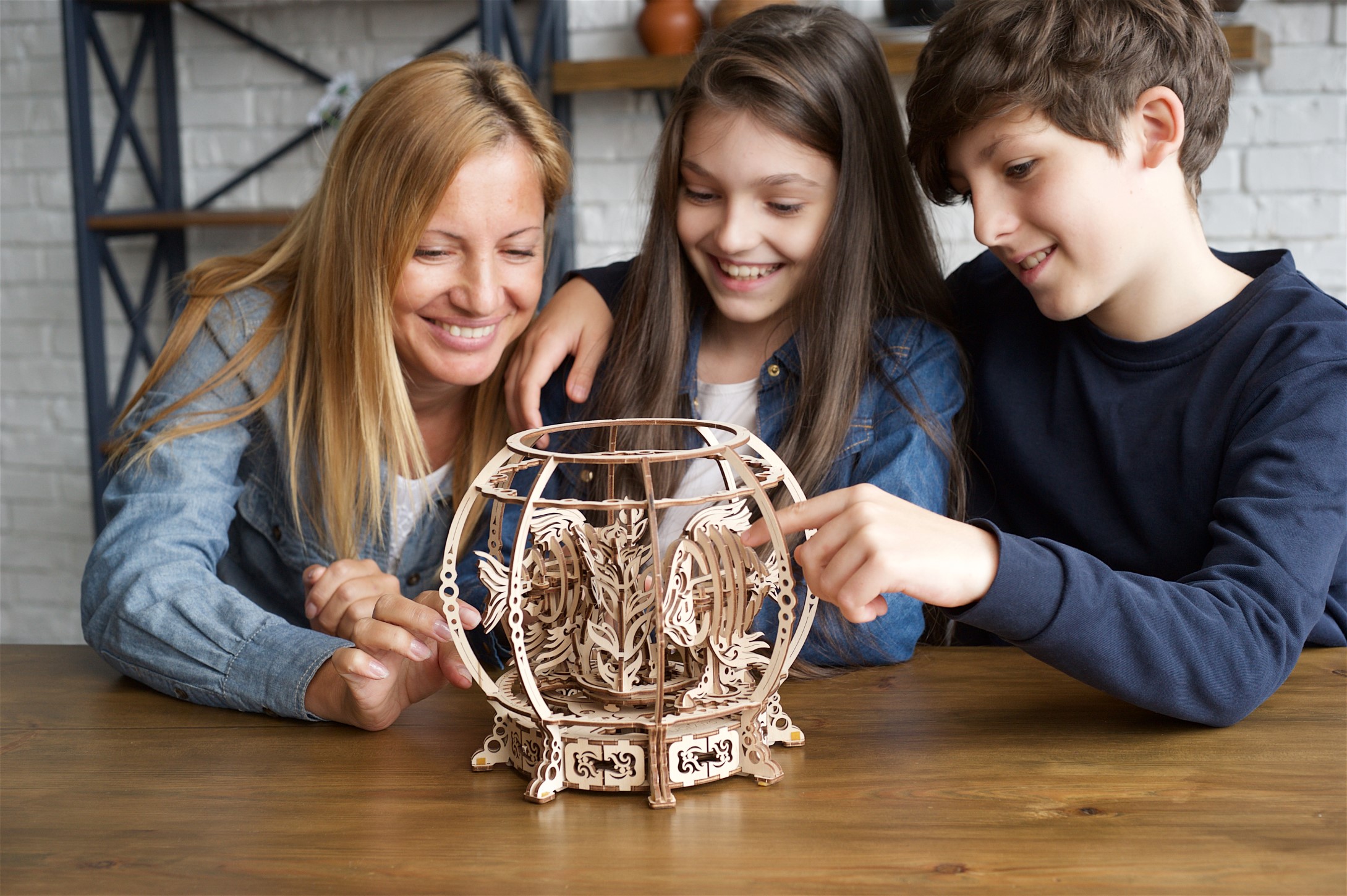 The Mechanical Aquarium by Ugears is an original marine aquarium. It has two tropical fish inside. They chase each other around a marine forest. And inside is hidden another small inhabitant of the marine environment. Look, it is a seahorse! The beauty, variety and intrigue of saltwater fish farming makes it one of the most popular hobbies in the world. Maybe you enjoy snorkeling or diving… And you would like to remember the underwater adventures you had when you dive on a colorful reef or explored a kelp forest. 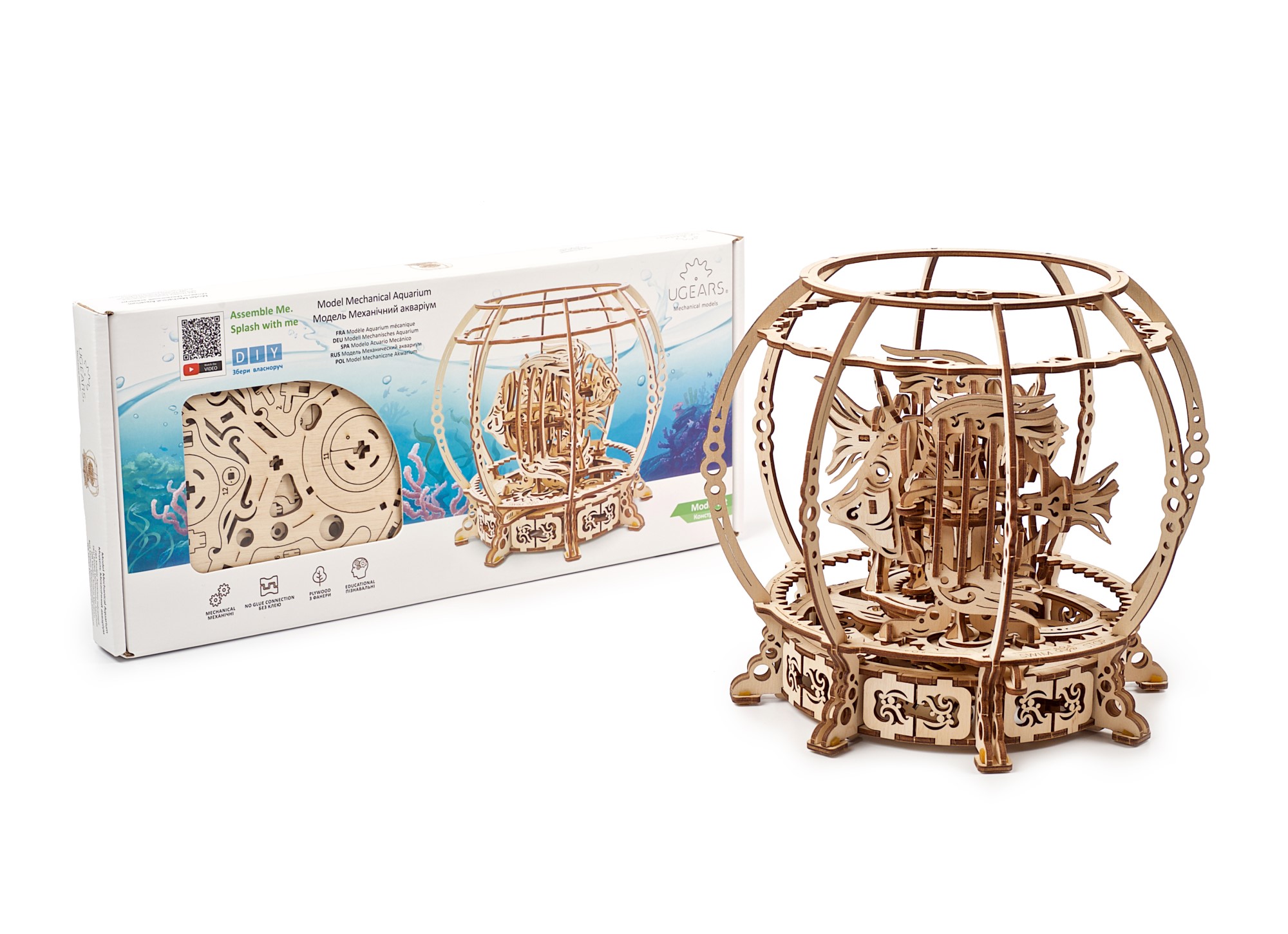 Some facts you didn’t know (we guess)

Did you know that the ancient Romans and Aztecs had saltwater aquariums? But the first prototype of the modern aquariums was invented only in 1846. The British marine zoologist Anna Tinne created and maintained the first ecologically balanced marine aquarium for three years. And seven years later it became the inspiration for the London Zoo’s Fish House. Only a century later, in the 1950s, marine aquariums became a real craze. Due to the need to periodically replenish them with fresh seawater, most of the first hobbyists lived near the ocean. And now you can have your own aquarium at home! And it doesn’t need any service. And you’ll never need to test or change the water! 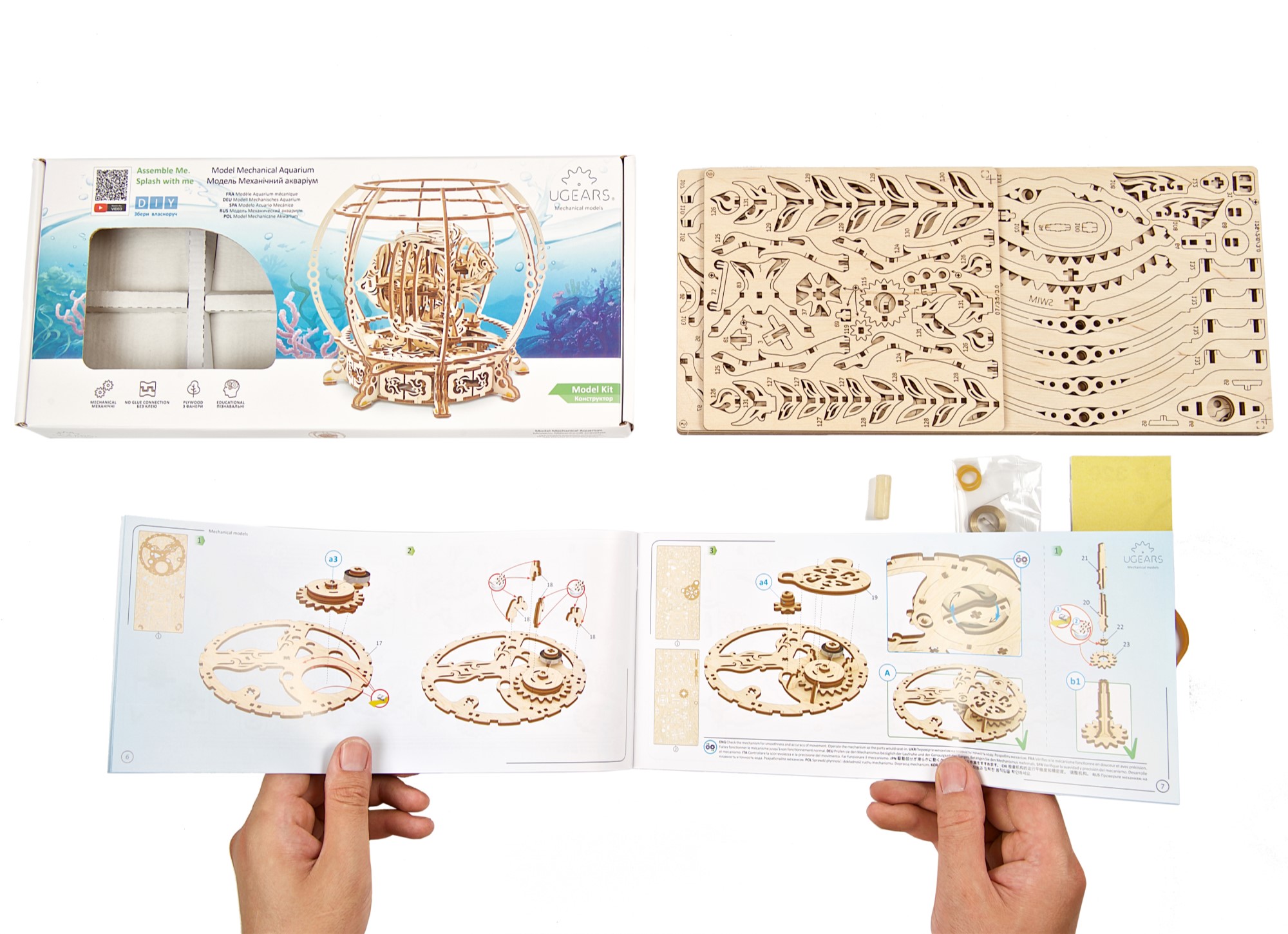 With an original theme and design, this DIY aquarium model kit is a great addition to the Ugears catalog. It also has a unique mechanical action. Fish and algae rotate simultaneously and in parallel, at different speeds and in different directions. They imitate the smooth, wave-like rhythms of underwater plant and animal life. The elegant fish look like they are actually swimming as they move their head and tail from side to side. The Mechanical Aquarium model is unique. Many Ugears models are driven by rubber band motors.  And the Aquarium is spring driven for longer action and durability. At Ugears, we pride ourselves on innovation and listening to our loyal customers. And many of them have requested spring-loaded models. We are proud to present this spring aquarium, the first in our growing catalog of Ugears models! 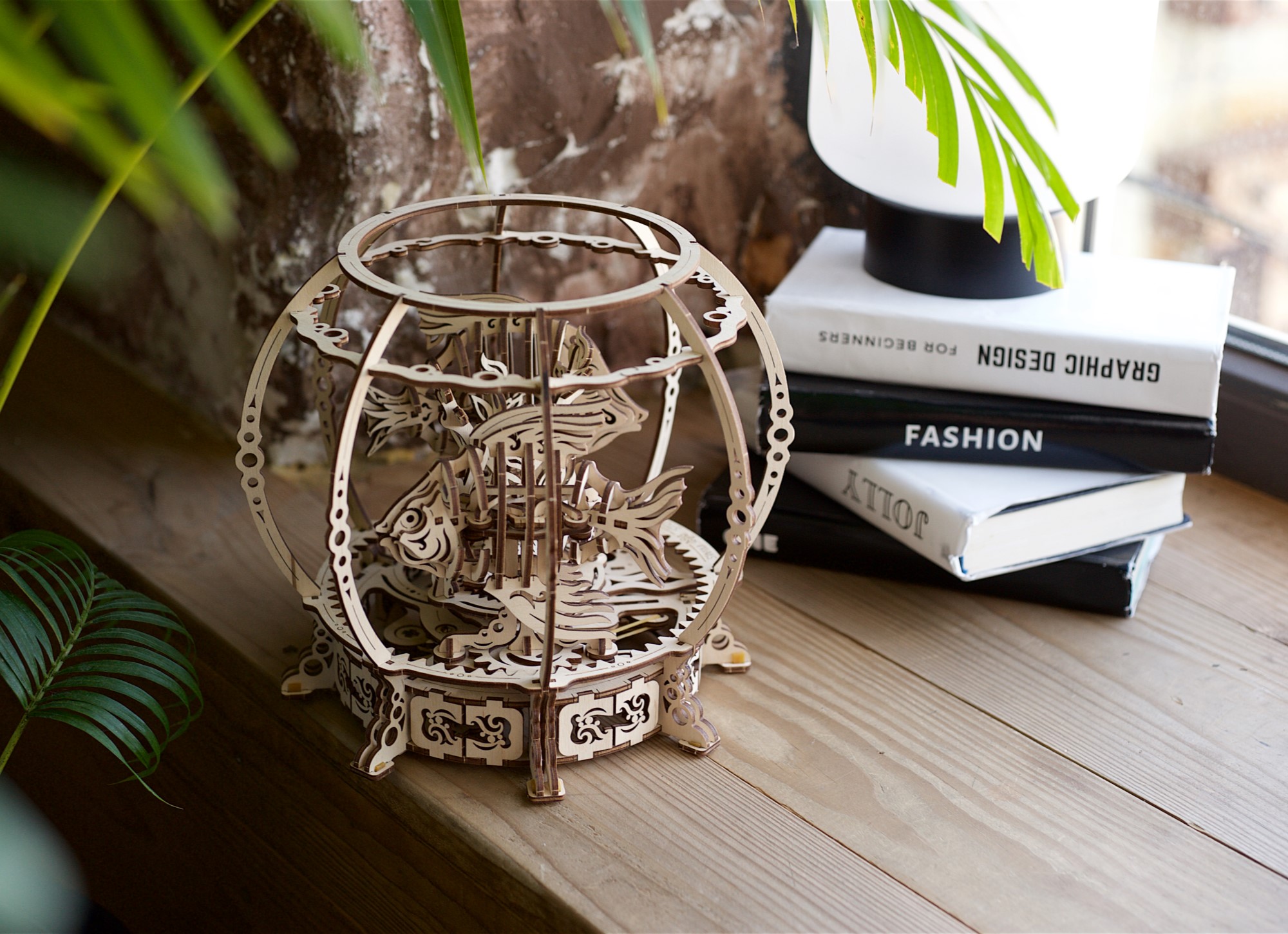 Looking for a unique gift idea for a friend or family member? Maybe someone you know is a marine aquarium enthusiast, modeler, or just someone who likes to do things with their hands. Maybe you’re a hobbyist who wants to share the joy you find in saltwater aquariums, snorkeling or diving, or doing 3D puzzles with friends and family. Maybe you have kids in your life who would love to start this model and turn the fish around their bowl over and over again. A mechanical fish tank is sure to charm and make a thoughtful gift for birthdays, holidays, any occasion or not. Give it as a DIY kit wrapped in a beautiful box, or build it yourself and present the finished mechanical aquarium as a personal gift that you have invested time and care into. Either way, a wooden mechanical aquarium makes a valuable gift and a great addition to any home or office.

Today is the 142st day of the war. The biggest war of this century. russia bombs Ukrainian cities. And yesterday russia bombed Vinnytsya. More than 20 people died. Children died. 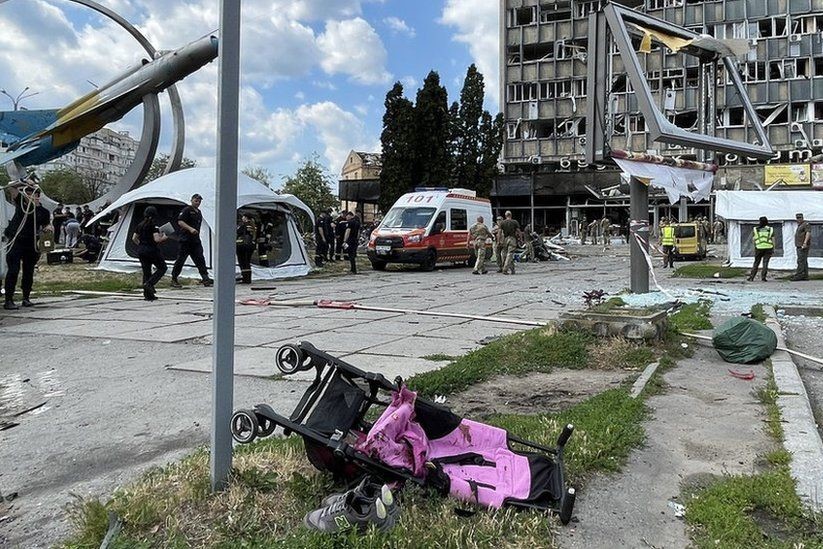