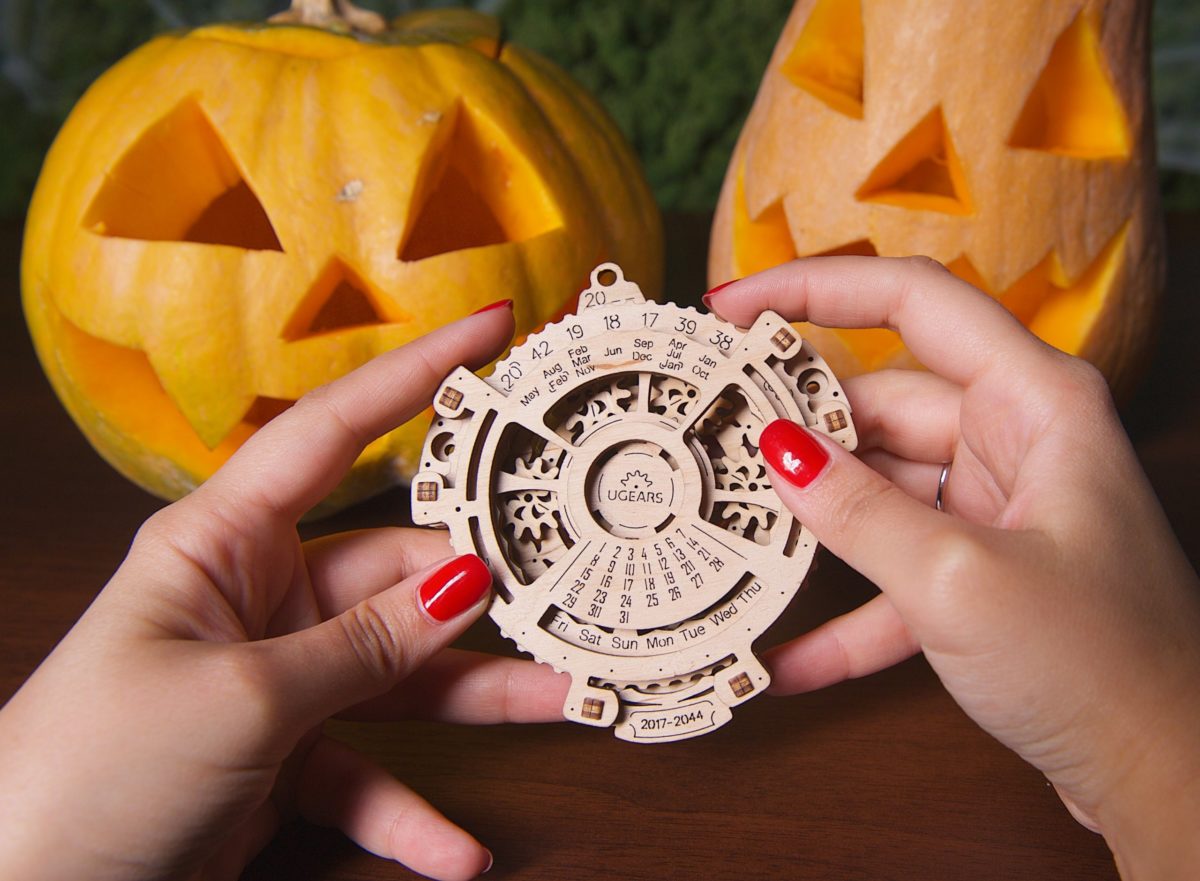 Katie woke up in the dead of night. Something had happened. She knew. With cold sweat running down her forehead, the seven-year-old tiptoed out of her bedroom, past her brother’s room, past their parent’s bedroom into the long dark hallway. The rhythmic ticking of the massive mahogany clock didn’t have the calming soothing effect it had once had on her. The town was in danger and she knew she had to act. She felt her own heartbeat and wondered if it was loud enough to wake her family up. Be what may, she slipped into her leather sandals, turned the door handle which (oh, wonder) opted for not squeaking as it often did. She was out, breathing in deeply, sensing the freshness of the night desert breeze, becoming one with the star-filled world which was her town. Abruptly, she made her choice, crossed the eerily empty highway next to their property and took an almost-invisible path disappearing into the dunes…

In the morning the Pumpkin disappearance was all over the morning papers. Zombiville and its maiden grand festival made headlines for all the wrong reasons. The wonder-child of the Silicon Valley, the symbol of upcoming Halloween and the centerpiece of the whole celebration was nowhere to be found. The mayor’s phone went completely off the hook with celebrities, many of them already on their way to Zombiville, enquiring about the situation and the back-up plan in case the pumpkin was not found. The news outlets from across the nation seemed to have sensed blood and the city hall got a myriad of calls asking for comments. There was nothing reassuring the downhearted Town Hall employees could tell the callers. Zombiville’s best chance of recognition and glory (and the earthly riches that come with it), seemed to be slipping away.

When the morning of the great day came, Mr. Lord, who had been taking care of the Town Hall square for most of his adult life and was a true patriot of the city, did not want to get out there. He had a very late night, following the tweets of Arizona Police Department about the state of the investigation, forest raids, sniffer dogs and questioned suspects. The online surge of activity, however, brought no tangible result. The pumpkin was still unrecovered, criminals uncaught, the X day on the calendar drawing closer and closer with every passing minute… It was not possible to keep delaying the inevitable any longer, though, and Mr. Lord resentfully stepped out onto the cold cobblestones of the square. Today he would witness the crumbling of the grand hope, the disgrace of mission unaccomplished, the pain in the eyes of his fellow citizens… But what was that? There was something atop that great pillar in the center of the square. Something orange and shiny. Could it be…? Yes, in some magic way the coveted pumpkin had found its way back home.

Watching the enthusiasm of the crowd, the unfolding celebrations, listening to solemn yet heartfelt speeches of the leaders of the country, praising the residents of her town, Katie smiled a tired smile. They would not ever know their hero, but that was of no significance to her. She stroked an elegantly carved box gently, admiring its beauty and once again thanking it for helping her withstand the pressure of the forces of the night. The forces of light and goodness, ironically, dressed in mostly zombie attire, had prevailed once again.

Halloween is a celebration where everyone can show their creativity in a unique way. Creativity is also one of Ugears’ core values and a quality which is truly enhanced by our products. To stay true with the spirit of the upcoming festival, we bring you the second part of our own story about how love and bravery can ultimately save the day.