HOME /Blog /THE MOST FAMOUS MUSCLE CAR IN HISTORY

THE MOST FAMOUS MUSCLE CAR IN HISTORY 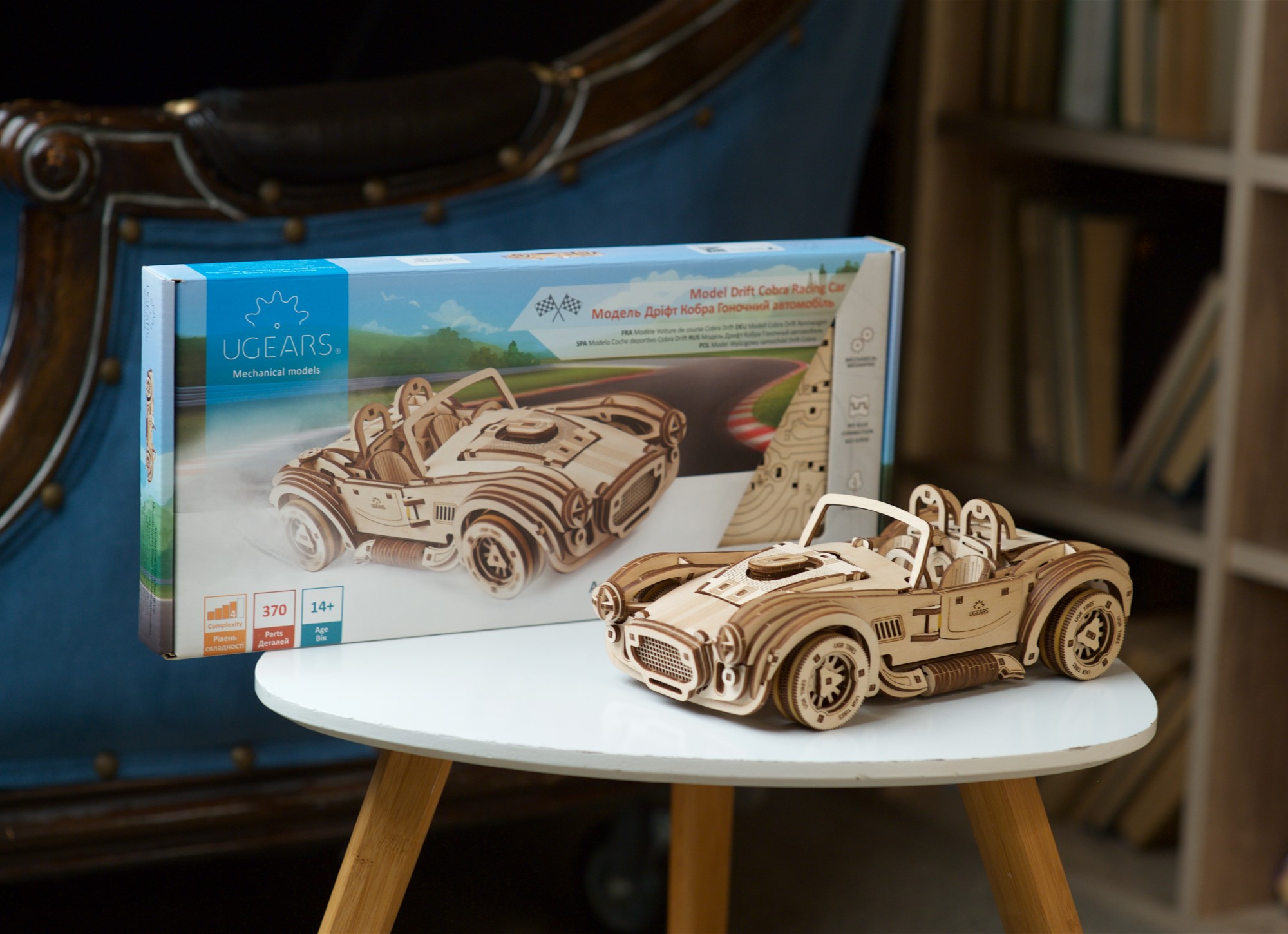 Drift Cobra Race Car is a two-seater convertible with a refined retro design. And this model is our tribute to the legendary sports car of all time: the Shelby Cobra 427. Built-in Venice, California, Carroll Shelby’s cars were a resounding success and became a hit among the supercars and muscle cars of the time. They had powerful V8 engines and rear-wheel drive. The Shelby Cobra became an icon, and perhaps the most famous muscle car in history. 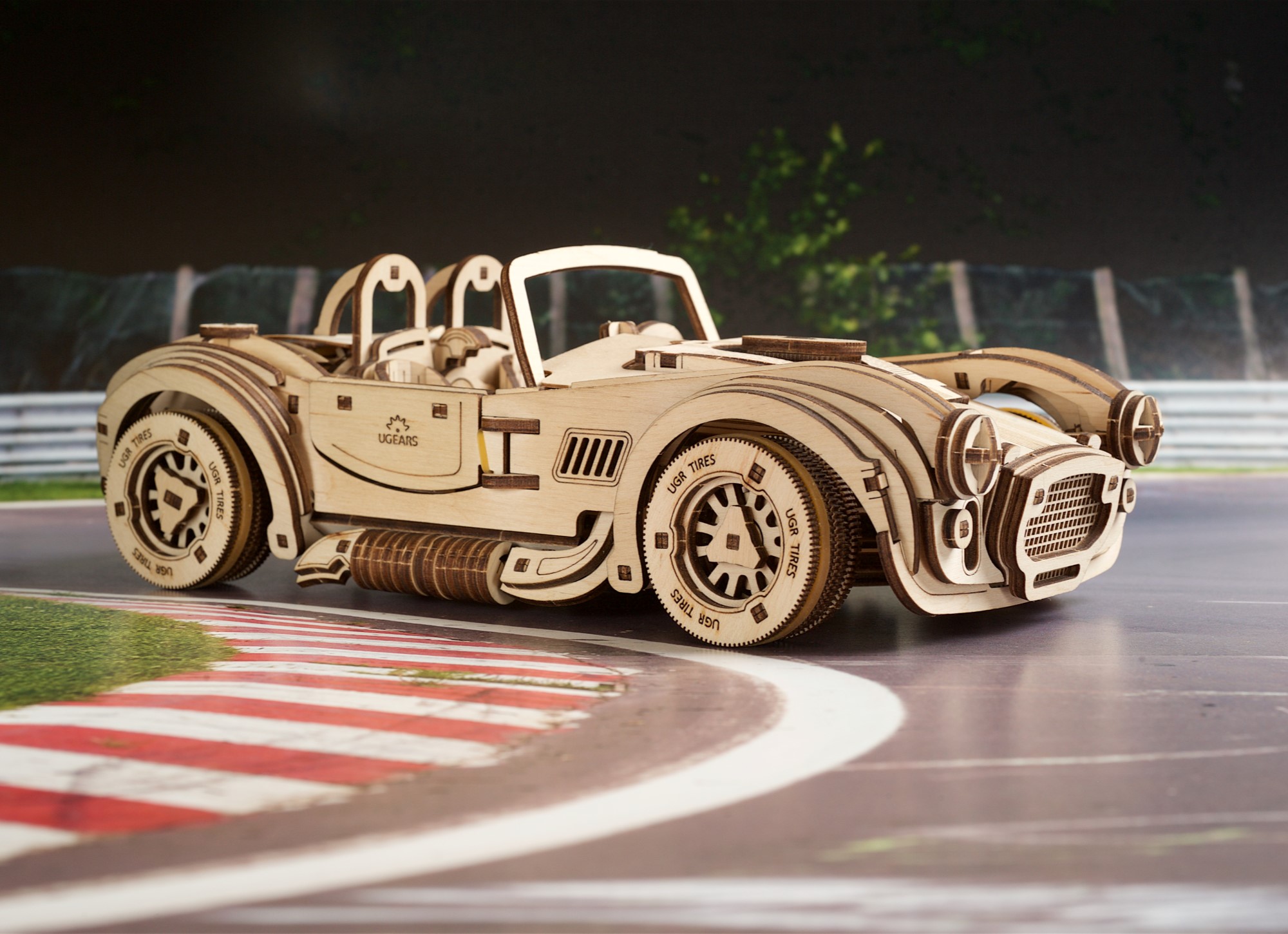 Incredibly powerful muscle cars were designed specifically for racing. But they are also popular among city vehicles. Today, these models are sold at auctions for crazy money! And people don`t pay attention to the fact that most racing cars are restored after accidents. It was caused because the owners were not ready for such powerful machines and weren’t able to manage them. Muscle cars have also been involved in illegal street racing, sometimes without any paperwork (yet another way to lose your race car!). With all of this in mind, why don’t you get your constructor racer friends together for a totally legit race? 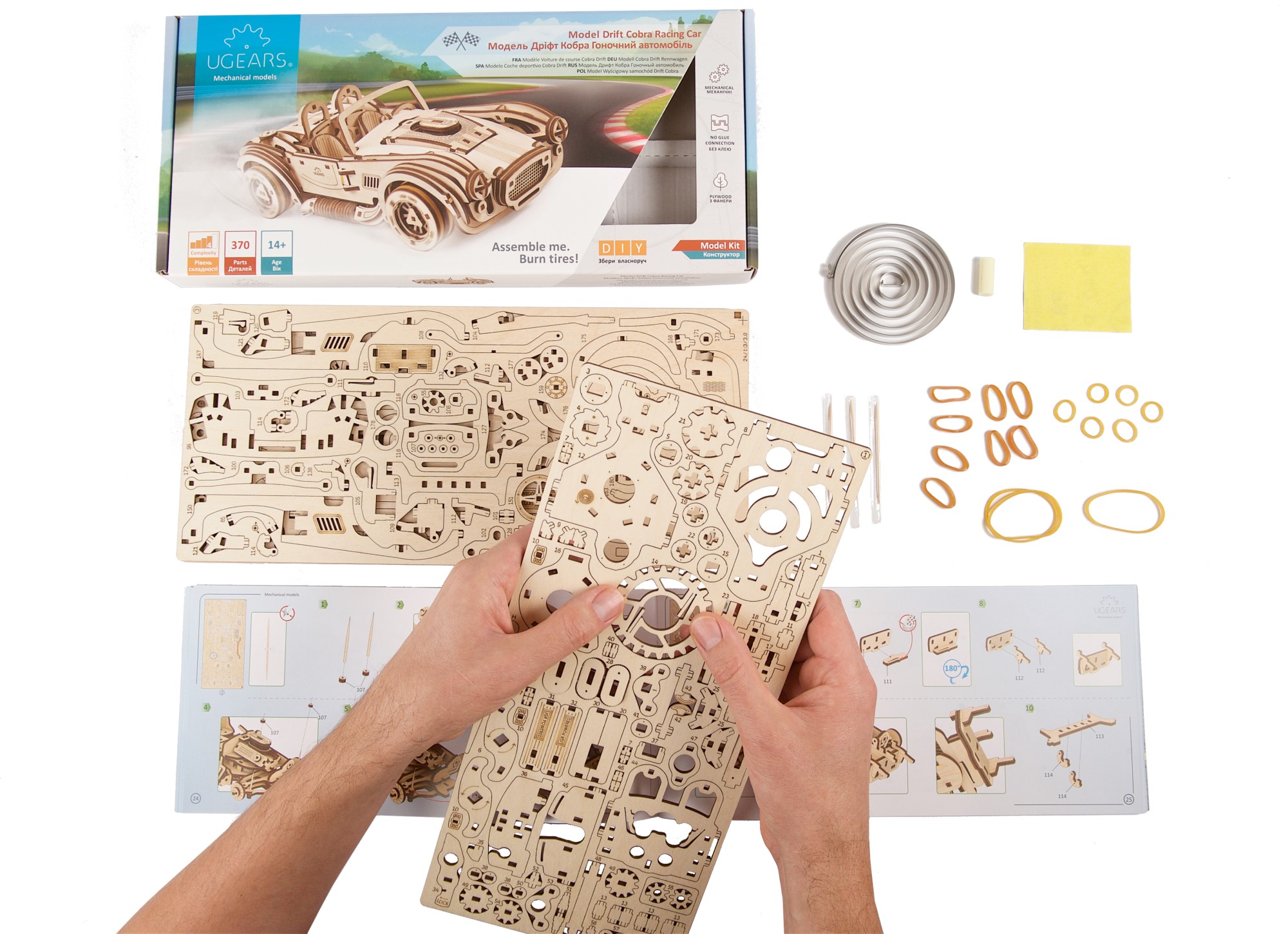 The Drift Cobra Race Car by Ugears is driven by a powerful spring motor. It has the fastest team of horses of any mechanical wooden model car we know of under the hood. As you may have guessed, the special feature of this racing car is the ability to drift. To put the model in drift mode, turn the front wheels all the way to one side or the other. Then, place it on a smooth surface (such as a tile), and watch the model simulate a sideways skid. Ideally, the Drift Cobra should take between half and a full revolution on its axis before moving forward. It depends on the driving surface and the angle of rotation of the wheels. When the wheels of this mechanical sports car are set straight, it can travel as much as 8 meters! Turn the wheels more smoothly or put the Drift Cobra on a less slippery and level surface… and it will go straight and in circles, making two or three circles forward or backward. It depends on which way the wheels are turned.

Today is the 160th day of the Ukrainian fight. Every day and every night russia bomb Ukrainian cities.