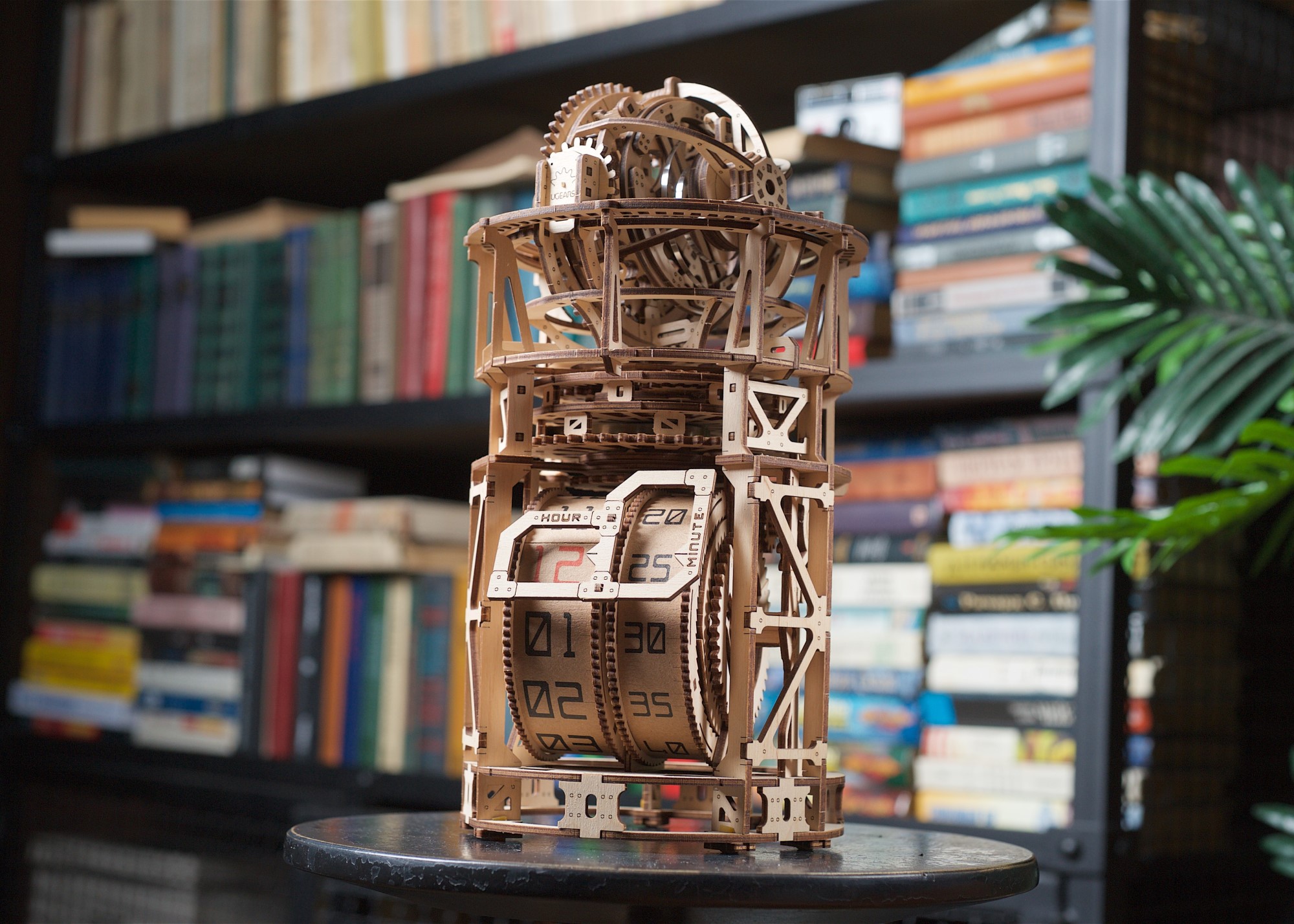 The Clockwork Universe theory believed that the Earth and the heavens and all their movements were like a giant clock. And God was a Clockmaker. It was also believed that any phenomena can be explained using Newton’s three laws and the principle of universal gravitation. It was only necessary to use mechanical concepts. We at Ugears love them! Therefore, we present the Sky Watcher Tourbillon Table Clock. It is a functional clock in the form of a celestial observatory!

Over the years, we’ve heard requests from Ugears fans to create a functional wooden clock. We have made this dream come true twice! And the Wall Aero Clock and now the new table clock with tourbillon help us.

Your personal watchmaker and observatory

Clocks are complex mechanisms. Have you ever thought that you can make a real clock from wood with your own hands? And what about the fact they will show the exact time? We invite you to be our partners in this amazing mechanical adventure! Solve this very special puzzle! Now you can make this great DIY project and become a watchmaker in your own steampunk universe. 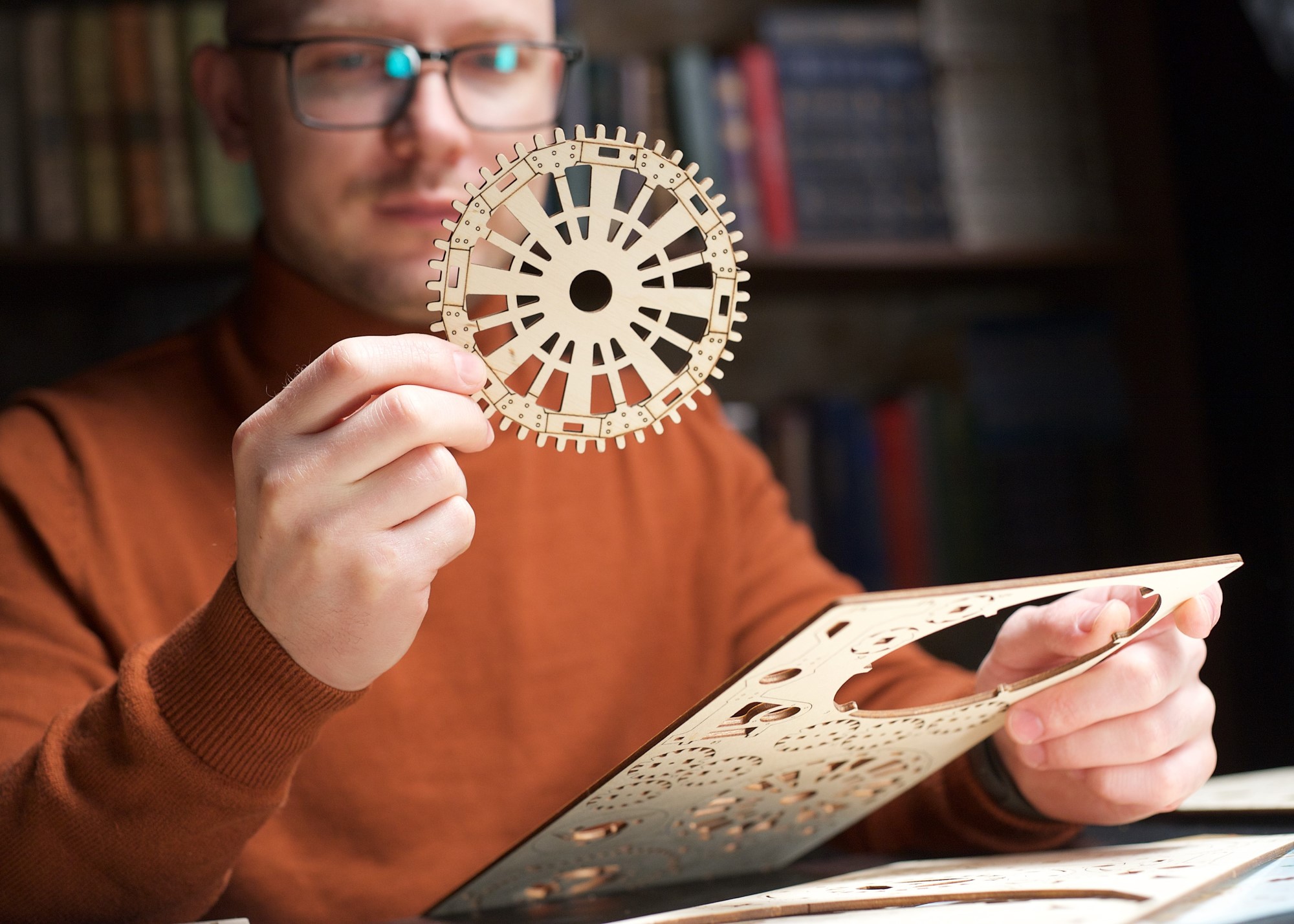 The main feature of this functional and beautiful wooden model table clock is the rotating tourbillon. It is located on the top. The tourbillon mechanism helps to improve precision. It counteracts gravity when the watch is stationary. The tourbillon often serves a more decorative function in table and wall clocks. This also applies to the table clock Sky Watcher from Ugears. The tourbillon sphere resembles a large celestial observatory here, like Mauna Kea in Hawaii.

The first prototype of the tourbillon was developed in 1795 by Abraham-Louis Breguet. He also built this mechanism into a pocket watch. More than a century later, in 1920, Alfred Helwig developed the “flying tourbillon”. He installed it only on one side only and provided it with an aesthetic function. Today there are many variations of the tourbillon movement. But, in any case, this is a difficult engineering challenge. Therefore, a watch with a tourbillon will always cost significantly more. And now you can create your own watches with this movement from wood!

Sky Watcher Tourbillon Table Clock has three rotation axes. Two of them are located relative to the vertical and horizontal axes of the watch. And the third one is located relative to the central axis of the inner sphere. When the model is fully wound up, its energy will last for 2-3 hours. Another feature of this model is a completely new time display placed on reels.

Sky Watcher Tourbillon Table Clock will be loved by fans of the night sky and stars, amateur astronomers, watch fans, watchmakers-enthusiasts, experienced assemblers of all kinds of designers, fans of Isaac Newton, and everyone who appreciates beautiful design and the ability to create something special with their own hands.

Embark on a mechanical adventure with the Astronomer watch!

Pre-order now and the model will be delivered after December 31th, 2021