How to open UGears Safe

UGears Safe is one of the most highly demanded wooden models for adults from a renowned Ukrainian brand famous for its work-of-art mechanical 3D puzzles. In this article, we are going to help you figure out how to open a UGears wooden lock.

What is UGears Safe?

This UGears mechanical model allows you to savor building the small wooden safe that can help you keep intact your precious possessions. You can set any lock code to be sure that you are the only one who can unlock it. And if you happen to forget the code, do not worry, the peculiarity of this amazing mechanical model is that you can try picking the lock by following the safecracker guide. First, while building this wooden model, you feel like an engineer. Then, try on a role of a professional safecracker!

How to tune a lock on UGears Safe?
The safe box is pre-programmed with a typical lock code of 321. If you wish to create a new code, during the assembly, change the pegs #48 and #49 placed in the three big wheels #40, #41, and #42 (see the picture) into the grooves with other numbers.

How do you set your lock combo, figure out which numbers to use for the pegs while setting up? For this UGears model, you need to solve a math equation. 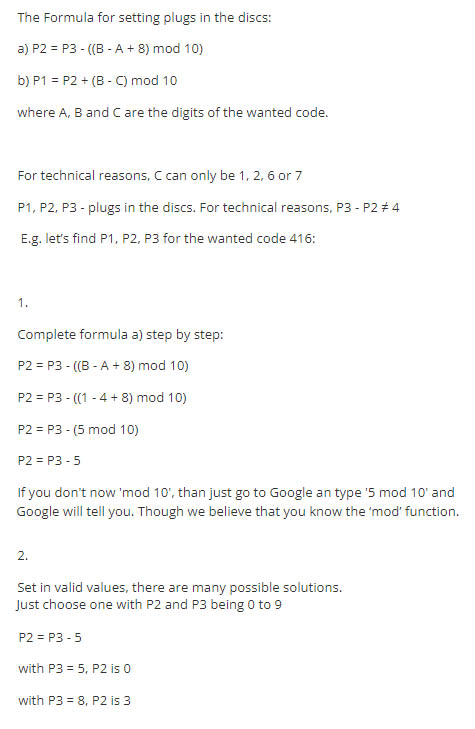 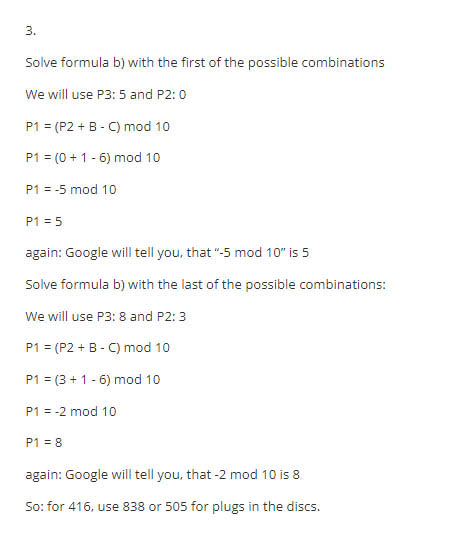 Example combinations that you can use: 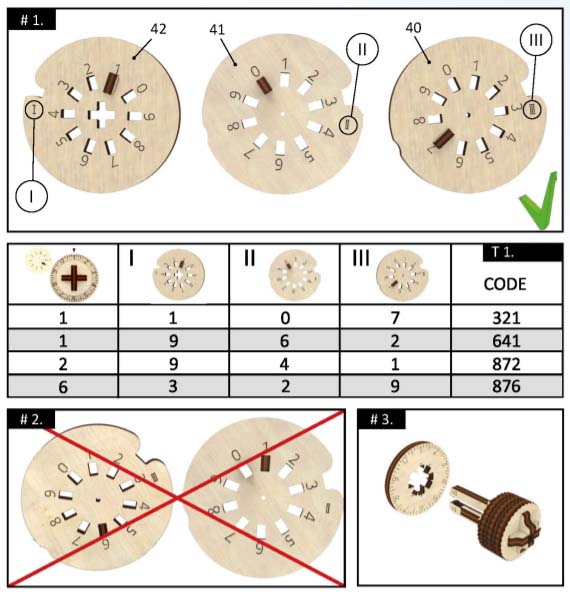 How to open UGears Safe?

If you have assembled the puzzle box following the instruction correctly, then the default lock code should be 321 or the one that you have set. But before closing it, make sure to check, at least three times, that code is working, or you risk discovering later that something is assembled incorrectly or detail is missing, but the safe is already locked, and you can’t open UGears safe.
How to try the lock:

To begin, spin the knob left one-two time to renew the code lock. You may now dial the following code:

The deposit must sound a click and open when you turn the knob to the third number if the code is right. To re-shut the box, close the door and turn the knob left until the lock closes on its own.

Important: Do not close the safe until you have checked the lock code works several times. Only lock the safe when all of the lock parts are in place, including the backplate with the $ sign and the fixing plate (#57, see the picture).

If you have forgotten the set code, you can recover it by turning the knob slowly and paying close attention to the tumbler movement sound, which will help you figure out the combo. Turn the know left to the first number first turning to 0, then turn right to the second number first turning to 0 and then turn the knob left again to the third number first turning to 0. Every time, pay close attention to the sound and stop turning on a number at which you hear the most audible click. If the combo is right, the lock clicks and opens after the third number is guessed correctly.
In case your lock is broken, or you have locked the safe without assembling all of the lock details, you can open it as shown in the video “UGears safe – how to open”:

Once you open the safe, you can fix the mechanism, or rebuild the lock, ensuring this time you use all of the wooden puzzle details correctly and in the right order before you try to close the safe.