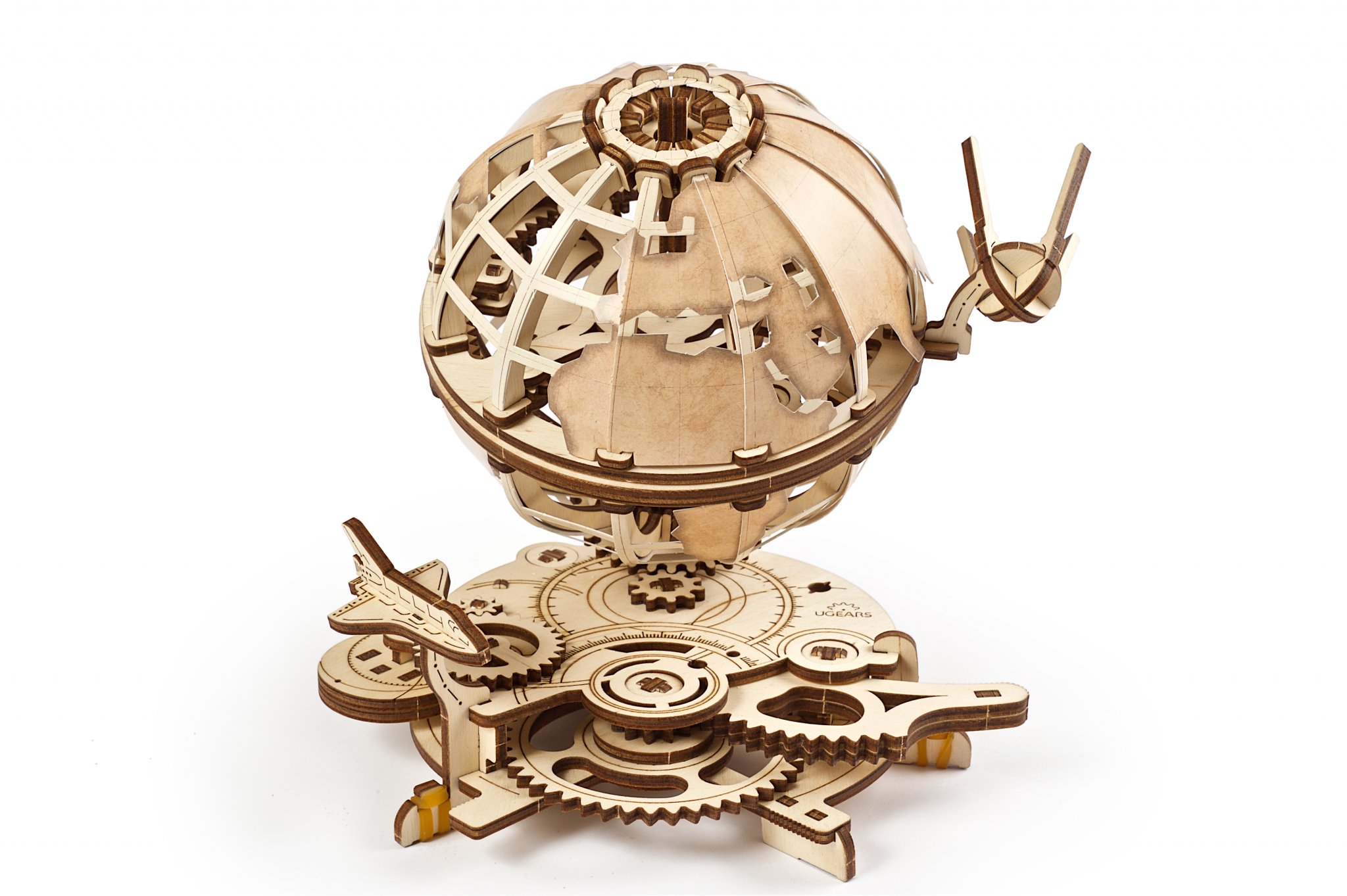 Even though many aspects of your life are put on hold at the moment, fun should not be stopped. Many of us see the current lockdown as a window of new opportunities, and a way to connect with the closest people in our lives as well as ourselves. The UGears team decided that the last month of spring of this year that has already changed our life so much is the perfect time to release new sets. Maybe you need something to take your mind off the current events. Or maybe you are starting to run out of things to keep yourself busy while in quarantine. Whichever it is, UGears is happy to bring something new and exciting into your life.

On May 1st we launched a pre-order of the three spring novelties: the UGears Globus, the UGears Carousel, and the UGears Mars Buggy. Let’s take a closer look at all three.

The UGears Globus is one of those sets that can easily become an exquisite decor element for any room: be that your office, or study, or child’s bedroom. The new Globus set is a perfect example of a new life that every familiar thing we know can get, once we rethink it a little bit.

Set on the intricately-carved base, the Earth Sphere starts spinning as soon as you release the lever. The Globus also features a pendulum reduction mechanism that slows down the spinning, while you get to choose between the two artificial satellites: the Shuttle and the Sputnik. Both satellites revolve around the Earth faster than it does around its own axis and are interchangeable.   Another additional feature of the Globus is two sets of continents. 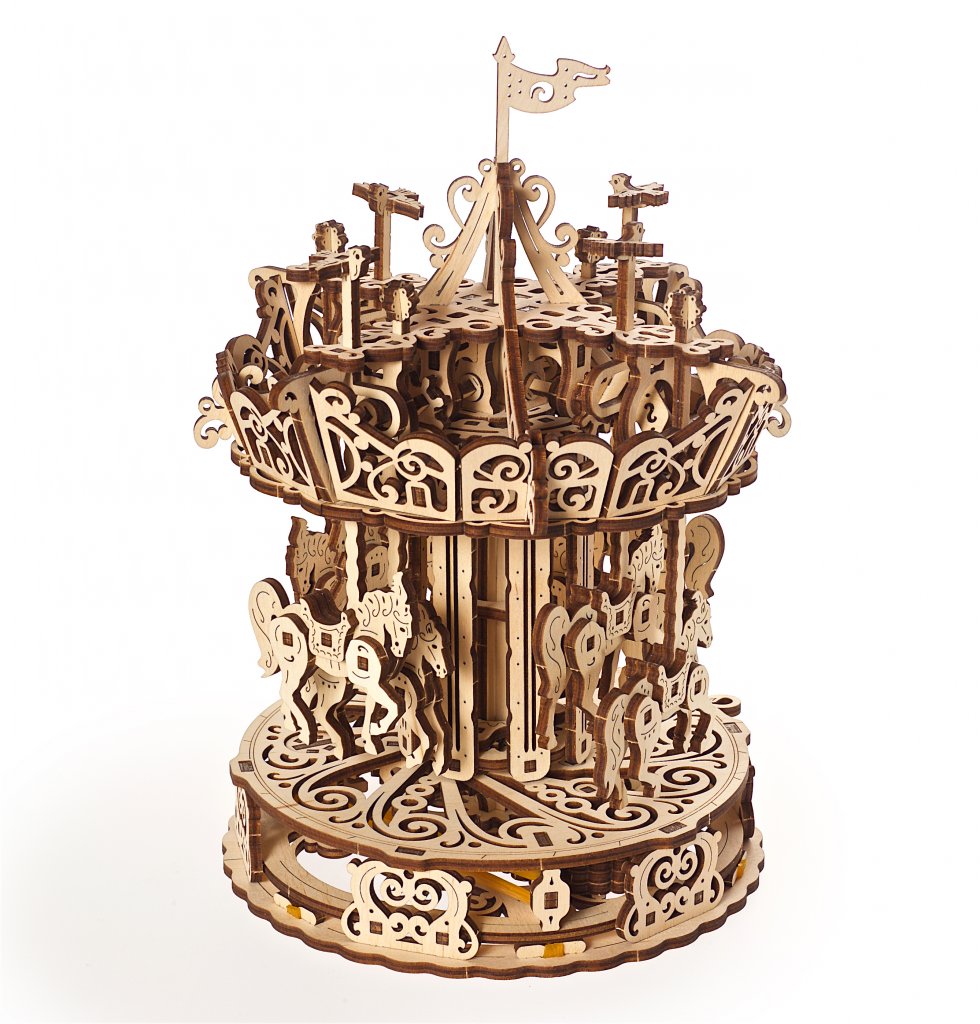 The UGears Carousel is a charming set that will bring the memories of your childhood back to life. Or it will remind your children of all the fun that is waiting for them outside after the lockdown is over. The Carousel is decorated with beautiful highly-detailed ornaments. But it is the innovative mechanical technology that makes it extremely life-like.

The key principle of this model is the separate rotation of the main axle and the base. A planetary gear connects one to another.  Their enchanting and smooth movement comes from the pendulum gears. All this allows the key elements of the Carousel to move independently. Visually it seems as if the merry-go-round is rotating faster than it actually is.

But the fun doesn’t end here! Some decorative elements of this model deserve extra attention. The Carousel horses are set in two rows. There are birds above the roof that move up and down as well. 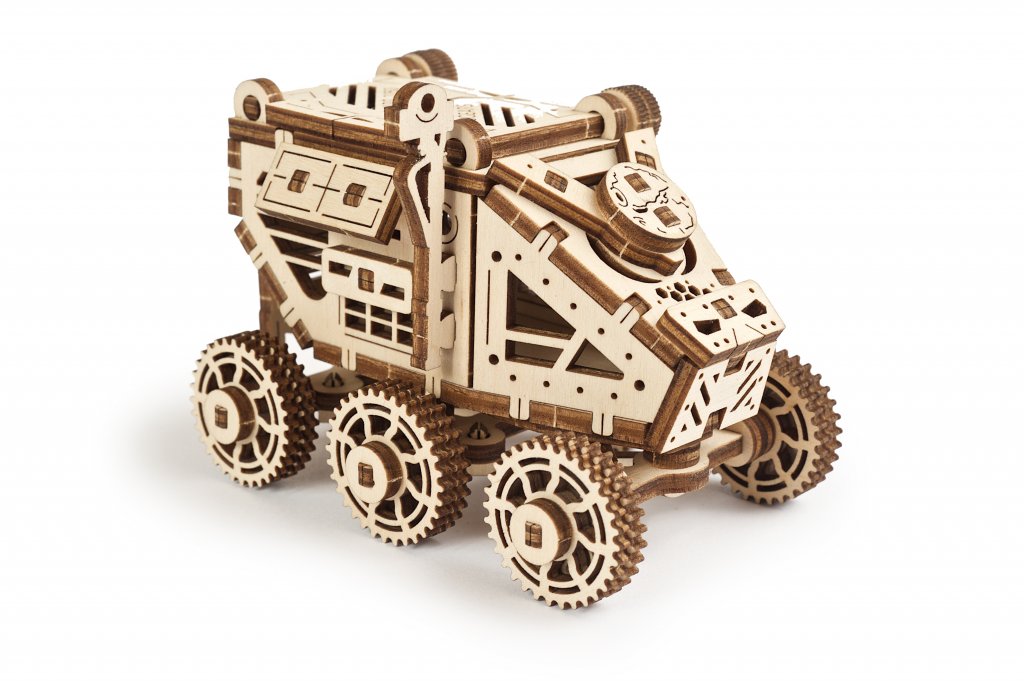 The UGears Mars Buggy set is an innovation for a number of reasons. First, this is one of the very few futuristic sets. This space rover pays tribute this exciting time of hope for the exciting soon-to-come space discoveries. This makes it a perfect little model for everyone who is fascinated by space and its secrets.

The Mars Buggy features six wheels that are operated by a sophisticated rubber band system. Together with this, the rubber-band motor allows the Buggy to fearlessly travel around on any suitable surface and easily climb over small obstacles.

Another feature that is worth mentioning is that the Buggy has a little storage compartment on its roof. This allows the little space rover to carry around small items, such as stationery. What is more, the tiny rover boasts some life-like elements of its real-life prototype. These include a camera on the right side of its cabin, solar panels on the roof, and even a beautiful image of Mars on its front panel.

Once assembled, the Mars Buggy is ready to set on any adventure you can think of for it, even if it is not a faraway planet but your office desk.

All three novelties come with a beautiful illustrated manual that makes the assembly process fun and easy. The UGears team hopes that these puzzle sets will make this May a little more enjoyable for you and your family.