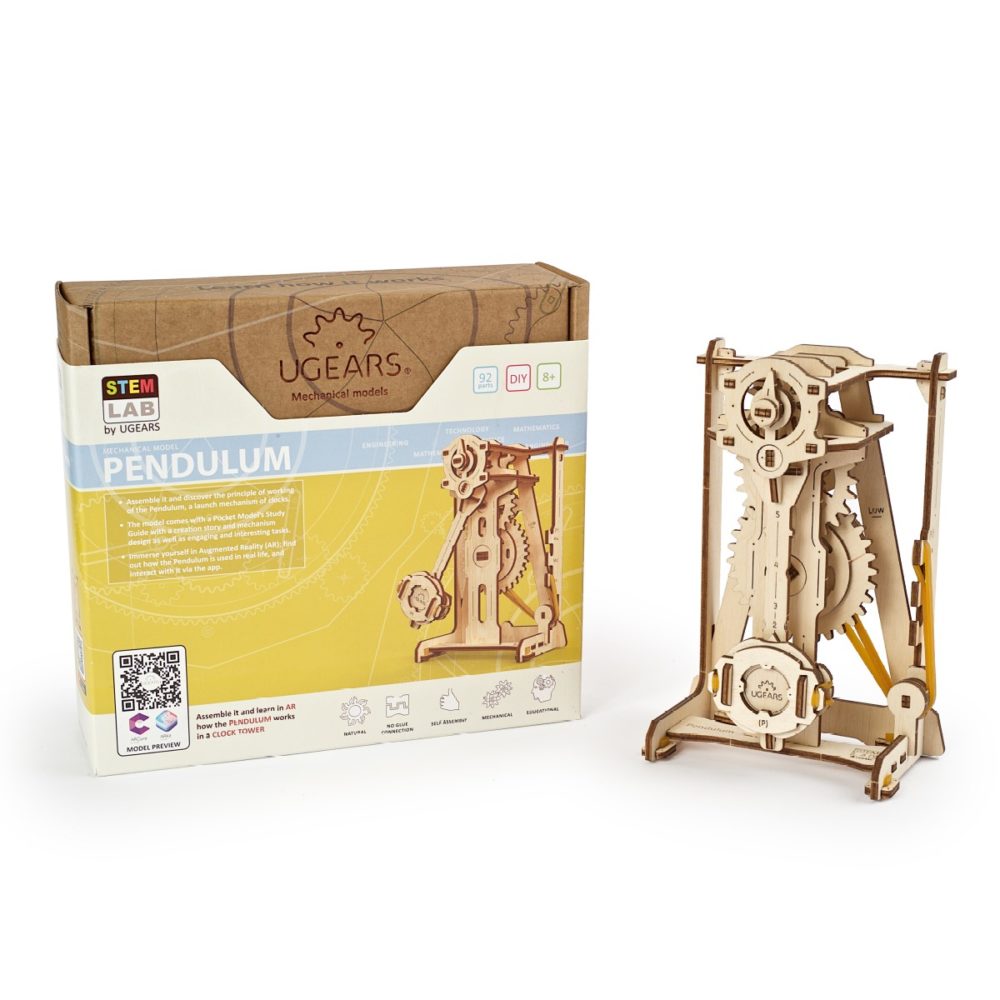 UGears is proudly announcing the long-awaited 3d puzzle series that is called STEM-lab. The term STEM is used for an innovative interdisciplinary learning method. This method allows students to develop hands-on skills and get knowledge through project-based assignments. Moreover, STEM education shows students the real-life applications of each object of study. This creates a much-needed connection between the real world of technology and the classroom, thus allowing the students to start thinking of the real input they too could make one day.

The letters STEM stand for Science, Technology, Engineering, and Mathematics. And the key advantage of this approach lies not only in the unique way in which students learn these disciplines. Studies have shown that STEM helps children develop interpersonal skills as well as boost their creativity, encourages their adaptation, and much more.

The UGears STEM-lab series is aiming at recreating a classroom environment at home. At home children and adults can play by their own rules and dare to create something extraordinary without the peer pressure of public space. This makes the STEM-lab series an unprecedented study tool. A tool like that is especially useful in the times when homeschooling has become a reality for everyone.

Let’s take a closer look at one of the sets in the new series. This object can be found in practically any household, it’s a STEM-lab Pendulum.

The first mention of a pendulum dates back to the 1st-century-China where it used to be a part of a seismometer-like device. But the most well-known first time a pendulum was used is associated with a world-famous 16-century Italian engineer, Galileo Galilei. He was the first scientist to describe the ability of a pendulum to preserve the consistency of oscillations. This is the main reason why they are used in a variety of fields that require creating a steady and consistent pace.

Consequently, pendulums became a part of a mechanical clock’s launch mechanism as well as an essential part of metronomes that musicians use to regulate their tempo when playing a musical instrument.

The UGears STEM-lab Pendulum set comes in a box that has all you will need to create a science lab at home. The box’s contents include the following:

What is more, you can download a UGears STEM-lab app that will allow you to take a closer look at a digital version of a pendulum, zoom in and out, read about its properties and areas of application. An integrated augmented reality (AR) experience is a new feature for UGears puzzle sets. So far you can only use the app with sets from the STEM-lab series. The AR feature helps children adapt to the changing world in which computers are gaining a more and more dominant role. It is also a way to make the study process more fun and contemporary for the kids.

You might be excited to learn that you can control the oscillation frequency. There are several ways to do that: with the help of either the pendulum bob and its weight, the vertical position of the weight on the pendulum, or the tension of a rubber band.

Whether you would like to start exploring the new STEM-lab series with the Pendulum set or not, we guarantee that the Pendulum will not disappoint you.