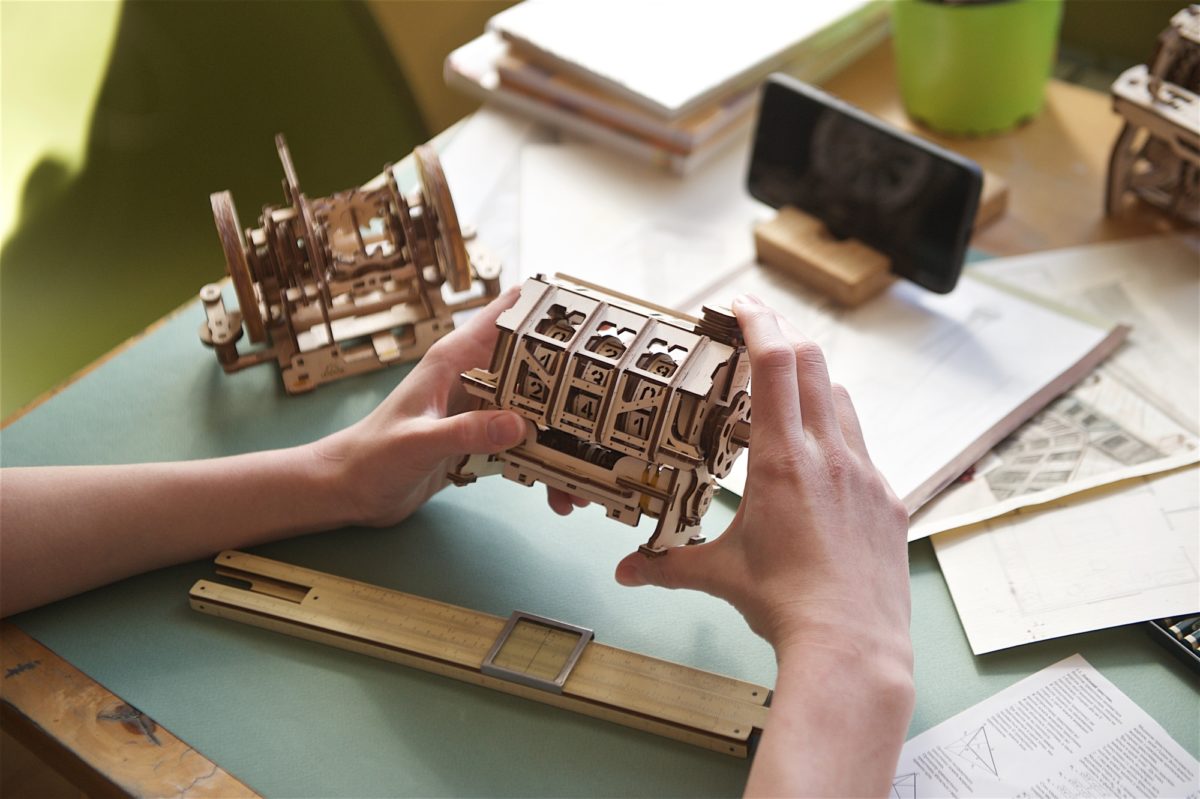 The UGears STEM-lab series is a highly-anticipated release that arrived only a week ago. The UGears team hopes that this series will bring some more fun and hope to every home in these new circumstances. Especially now when children have to be homeschooled.

Whether your children are missing school or not, the STEM-lab series is not only about education. it is also about building important interpersonal and cognitive skills, as well as creating a picture of the world, in which your child would have an advantage due to a unique STEM approach. STEM stands for science, technology, engineering, and mathematics. As you can see, STEM education is all about an integrated interdisciplinary approach.  Through hands-on and relevant learning experiences students develop a deeper understanding of the mechanisms behind the scientific theory, as well as their real-life applications.

STEM-lab is an exceptional tool that builds on top of theory and allows for more flexibility, creativity, and other skills that are so important for excelling at a workplace and landing a dream job in science and technology. Each set in a series comes in a box with everything you will need for the assembly as well as some extra materials for creating a full picture of a mechanism that is being studied.

This week we will be talking about the UGears STEM-lab Counter set.

The STEM-lab counter set is a stylized copy of a particular mechanism. This mechanism can be found in every modern car, an odometer. An odometer counts the mileage of a car, which can give a clearer picture of the car’s wear and tear and, as a result, could affect its final price.

An Ancient Greek mathematician, Hero of Alexandria,  who lived between 10 and 70 AD came up with a somewhat similar mechanism. This mechanism could count the length of the taken path by counting the number of wheel rotations. The simplified and adapted versions of it are now being used in a variety of fields. We use counters to count the number of passengers on a plane, a number of visitors at a store or at an event, and so on. You can use your little pocket counter to count any number between 1 and 999.

The Counter features a click button and a turn handle. You can use either to register values.  Additionally, it has a Geneva drive that is the ‘star’ of the set and a few cylinder gears with numbers on them that allow you to keep track of the numbers. Let’s take a closer look at how the Counter actually works.

The Counter features three cylinders that are set in motion by the Geneva drive. Each cylinder has numbers from 0 to 9 engraved on its side. As we mentioned above, there are two ways of registering data with this device. You can either use the click button on the top of the device or the turn handle on its side for that, depending on whichever method you find the most suitable for the situation and the objects that you are counting.

Once you activate either of the methods, the Geneva drive forces the cylinders to turn. The counter moves one value up with each click or turn. How does the Counter switch between the decimals? Once one of the digits reaches 9, the Geneva drive activates the next cylinder, and so on.

The Counter is a good set to start off your STEM-lab collection. It boasts the largest number of parts that the other three that are currently available. But it still takes only between 1 and 2 hours to assemble.