UGears Mars Buggy: your loyal companion in any space mission 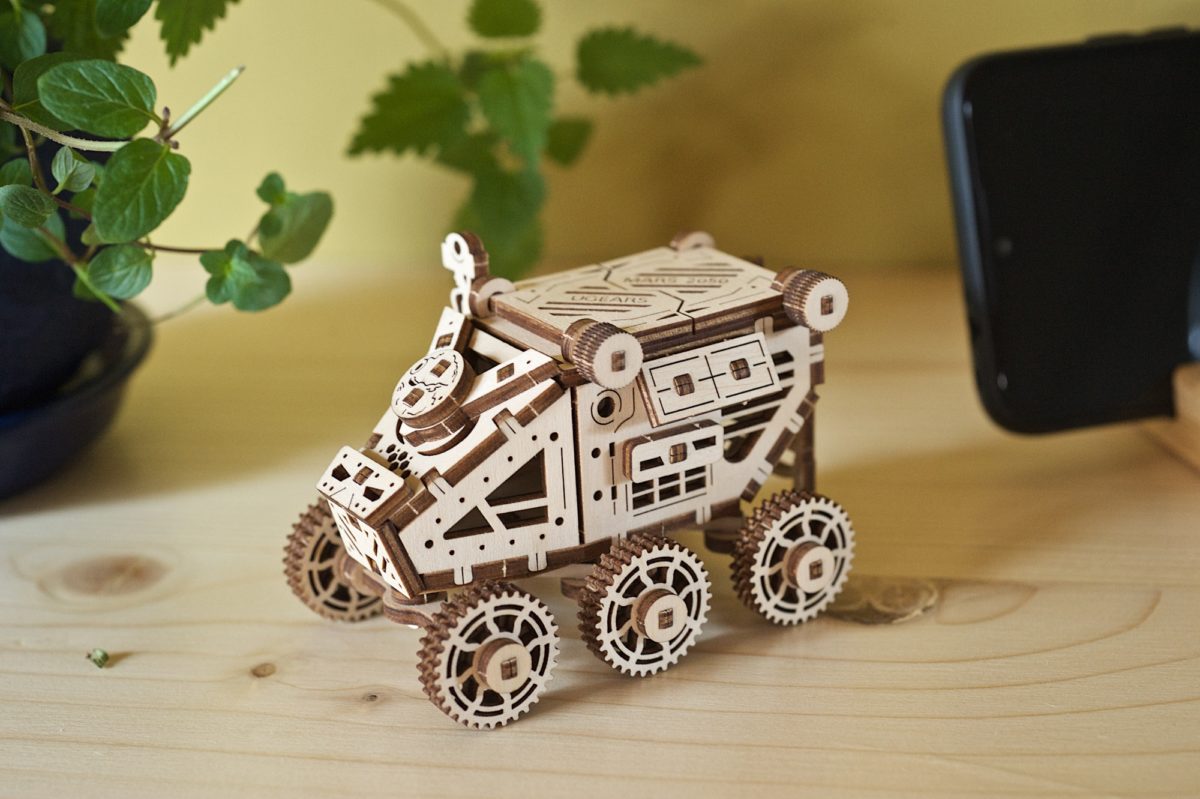 The UGears team is happy to show our support for you the best way we can: by releasing new and exciting 3d puzzle sets! The brand new Mars Buggy set is a one-of-a-kind addition to the UGears catalog for numerous reasons. Firstly, Mars Buggy is the first space-themed set. Today humanity is closer to landing on the surface of the Red Planet than ever before in its history. The launch of the much-discussed Mars Mission 2020 is timed between July 17 and August 5, 2020. It is a part of  NASA’s Mars Exploration Program. The space rover is going to land on the surface of the Red Planet on February 18, 2021.  Many corporations and agencies have proposed dozens of crewed Mars missions both in the past years and very recently. These bold plans even include Mars colonization by SpaceX. With all the excitement that surrounds Mars, the Mars Buggy set by UGears is a charming tribute to humanity’s restless craving for discovery.

Secondly, regardless of whether you are closely following the news about space exploration progress and humanity’s ambitious future plans, Mars Buggy is an exceptional puzzle. It is one small model with striking and innovative features.

The first thing that you might notice after assembling the Mars Buggy set is its high level of detail. The space rover is ready to set on its groundbreaking mission on the set of 6 wheels and an unusual suspension mechanism. The wheels are interconnected diagonally. This allows the Buggy to both easily maneuver around and climb over small obstacles that it might come across on its way.

Another functional feature of this set is a special cargo compartment. To get access to it, simply open the two doors on the Buggy’s roof. You can fit in small objects, such as stationery, jewelry, and other knick-knacks.

Additionally, the Mars Buggy set boasts numerous details that ensure the success of its missions. You can find a set of solar panels on either side of the Buggy’s roof. Solar power has always been an essential electrical power source for all the space rovers. Moreover, the side of the cabin features a camera. The camera allows scientists to access mission progress, get an extra glance, and valuable pictures of the Red Planet. Another interesting detail is a miniature image of Mars on the front panel of the Buggy.

It will take you only 30 minutes to put all the 95 pieces of the UGears Mars Buggy set together. Each part of this set high-quality plywood. And the only non-wooden tool that you will need during the process of assembly is the beautifully-illustrated manual in 11 languages that comes with the set.