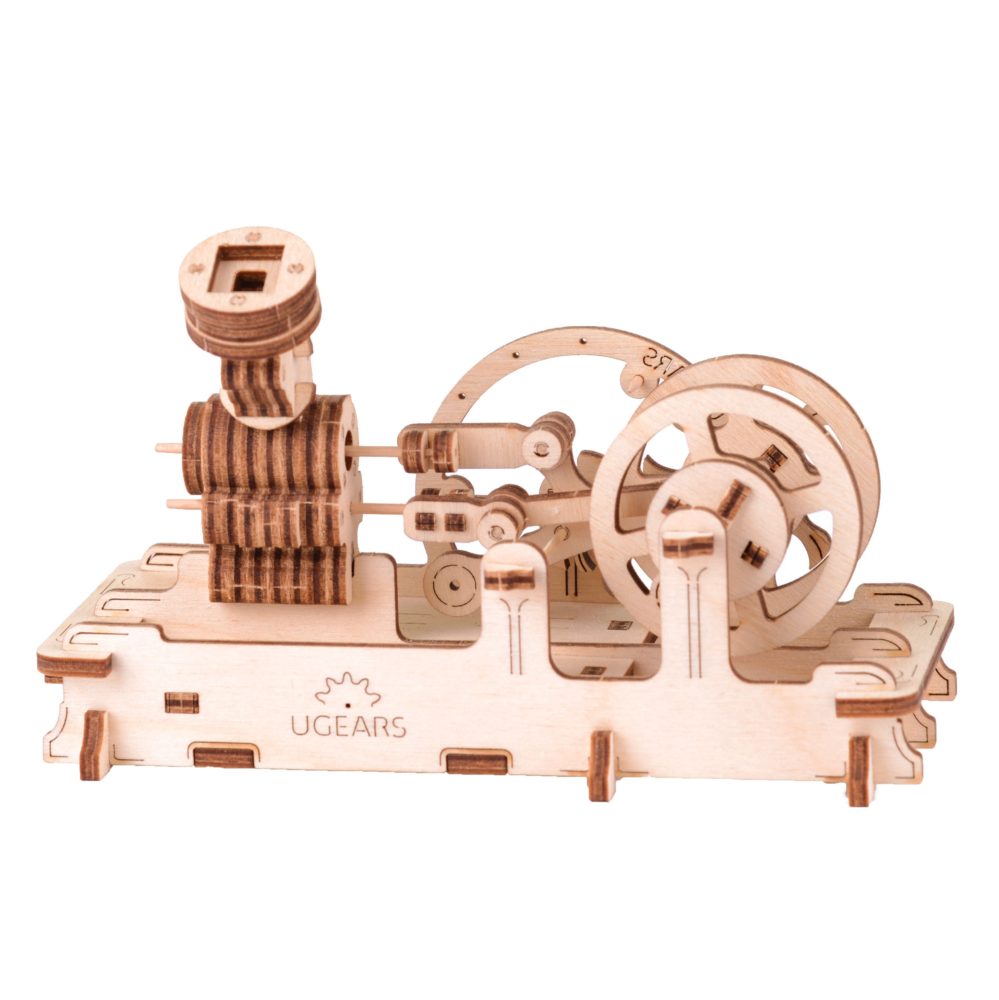 In the history of human progress mechanics always played an integral part, starting from the very early on. Whether they were used for practical benefits or as spectacular enjoyment, various mechanism amazed, attracted and fascinated people’s minds. A good example of such mechanics is UGears Pneumatic Engine.

This model is a prototype of a well-known steam engine invented and developed in England at the beginning of the 19th century.  Powered by a steam pressure-moved massive pistons and a rotating shaft, these mechanisms became widely popular and were used for many practical purposes. UGears Pneumatic Engine works based on the very same mechanical principles. Only, unlike the real steam engines, UGears Pneumatic Engine uses air pressure instead of steam, to start working. 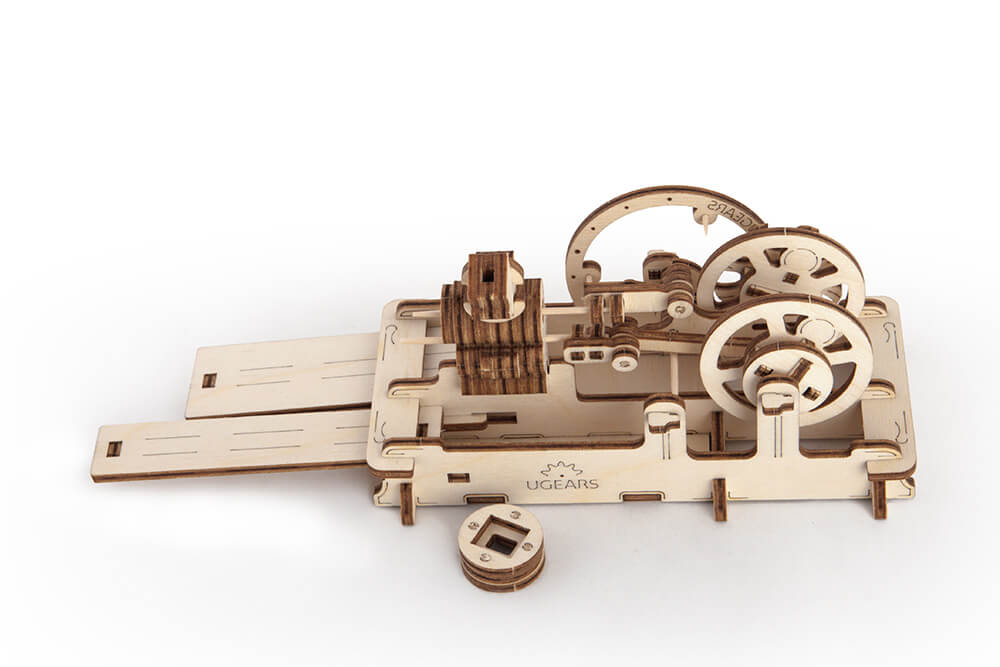 How is UGears Pneumatic Engine made and how does it work?

UGears Pneumatic Engine is a 3-d puzzle that consists of 81 pieces and takes up to 3 hours to assemble. The platform, or the base of this model holds the following elements of the engine:

– The pneumatic cylinder with a special detachable nozzle that you can use to attach an inflatable balloon onto, and two moving pistons located inside the cylinder.

The inner cavity of the cylinder is designed to evenly distribute air pressure between these pistons.

– The system of wheels on two axles with transitional connecting hinges, that are set in motion by the air pressure.

– The air pressure gauge element with a moving arrow.

The stream of air created between the wheels and the pressure gauge arrow, moves the arrow up. The higher the pressure in the cylinder, the faster the rotation speed of the wheels, the stronger the air flow, the more intense the arrow vibrates, raising up with the increasing pressure. 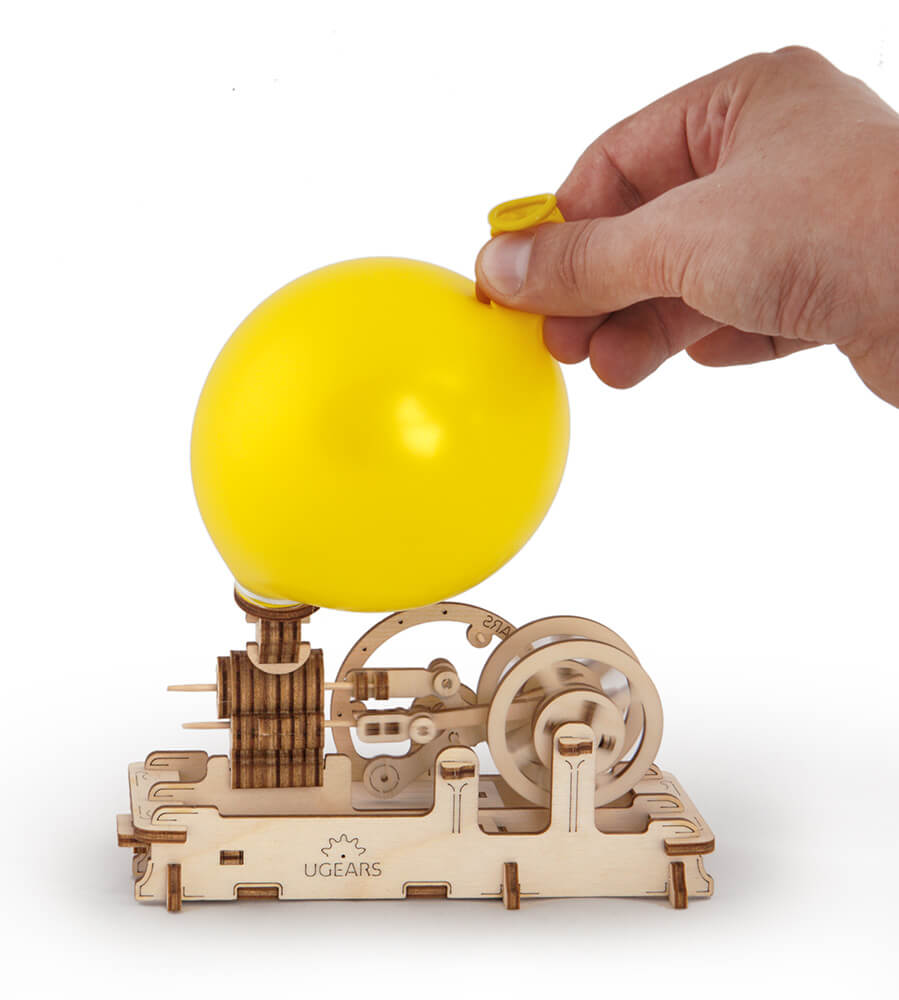 To set the Pneumatic Engine mechanism in motion, all you need is a simple inflatable balloon. Cut a small opening on one side of your balloon to attach a removable knob, that will connect the balloon with the cylinder.  Now, blow into you balloon to create air pressure and watch your Pneumatic Engine start up! What a wonderful hands-on approach to learn the basic laws of mechanics, appropriate and interesting for both, kids and adults.