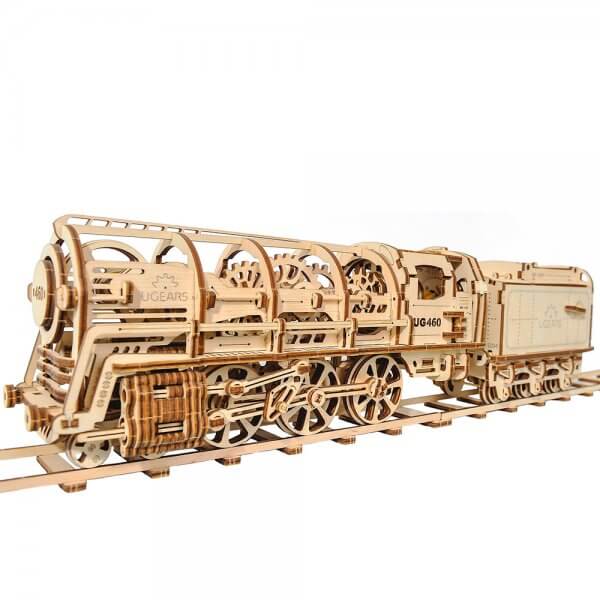 Regardless of whether this is the first time that you are giving a 3d puzzle as a Father’s Day gift or not, UGears offers a wide range of subjects to choose from. The Father’s Day gifts in our list today could either become a valuable addition to someone’s collection or an intriguing and inspiring introduction to the world of smart mechanical puzzles. These puzzle sets could be great in both roles.

To make it easier for you to choose something special for your dad, we included in the list the puzzle sets that cover as many interests that our dads share as possible. We don’t know if your dad likes boats more than cars or would easily choose something sci-fi-related and board games over anything else. So we have come up with this list that covers all the subjects that our dads love.

A mechanical element that every 3d puzzle by UGears has is just another perk that will make this gift stand out among others. Another signature trait of all the UGears puzzles is a high level of detail that turns every car, motorcycle, boat, or train into an exact replica of their real-life prototype. Additionally, the sets do not require any special tools. Everything that your dad will find as soon as he opens the gift box will be the natural wooden boards with puzzle parts and rubber-bands for self-propelled and wind-up models. Each puzzle piece easily comes out of the wooden board with just a push. While connecting the pieces together is just as easy as putting together as a jigsaw puzzle: every part just clicks with another.

The UGears Steam Locomotive, as pictured in the beginning of this article is one of the most popular puzzle sets by UGears. It is not surprising, as it has everything you would look for in a mechanical train model. The Locomotive features a signature steampunk-style that all UGears models are famous for. It features a miniature replica of the 19-th-century steam engine and an open exterior. Many UGears models with moving gears feature an open exterior as it allows the proud owner of the set to watch all the gears, levers and valves in action.

In addition, the Steam Locomotive boasts a fully-equipped engineer’s cab with a retractable step ladder, art-deco boiler trim, and a Tender with functioning doors. This set is one of the most complex UGears creations which males it a both challenging and a really enjoyable set to receive as a gift. 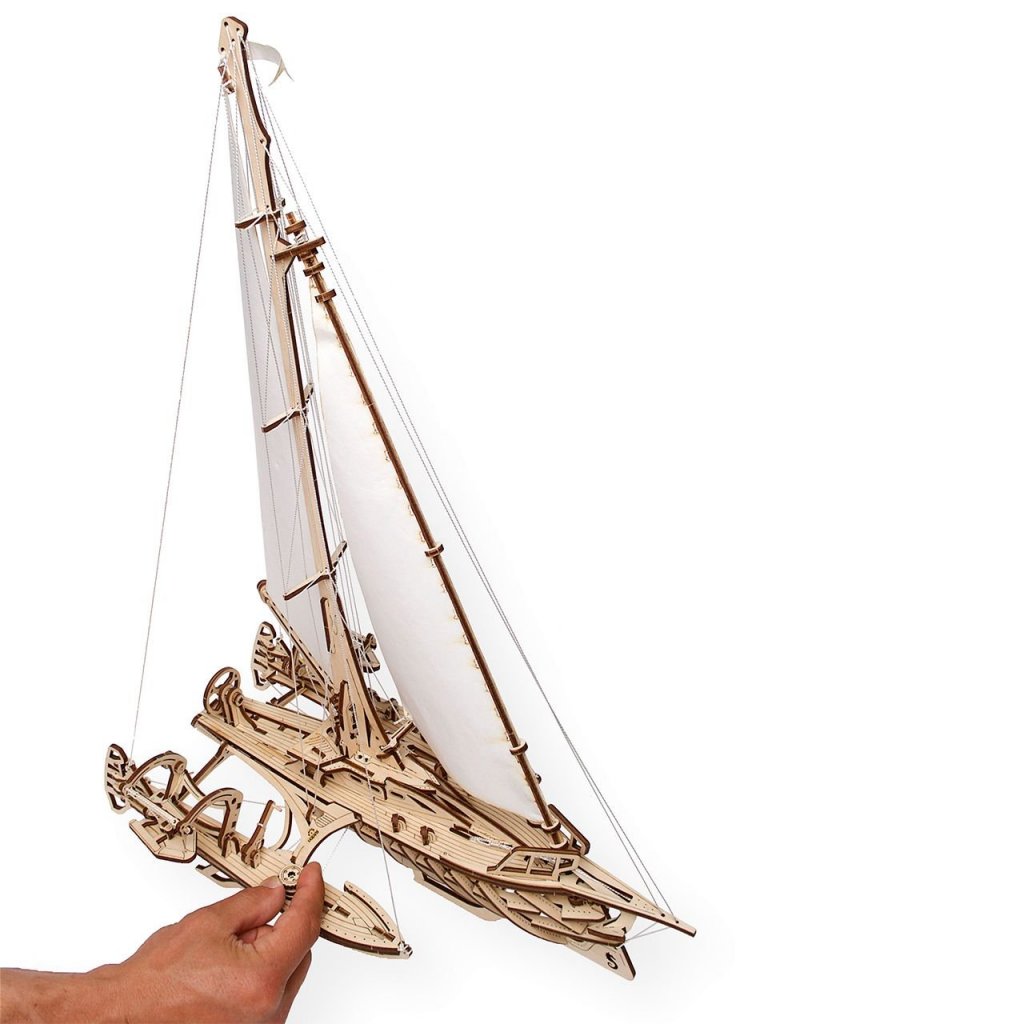 The UGears Trimaran Merihobus is an equally challenging set for those dads who prefer a naval theme. Just like a Steam Locomotive, this set also has an open exterior that makes the model light and gives it a unique and exquisite look.

The Merihobus is equipped with the life-like rigging, winches, an anchor that can be dropped, and hulls. The automatic-tensioning mechanism is in charge of dropping the anchor. You can manipulate the sail booms using the special levers that are located at the bottom.

To add even more realism to the Trimaran Merihobus’ appearance, the UGears engineers added hydro fins on the sides. They tilt the Merihobus and create visual elevation. What is more, you can also create your own customizable flag to mark this beautiful yacht as your own. 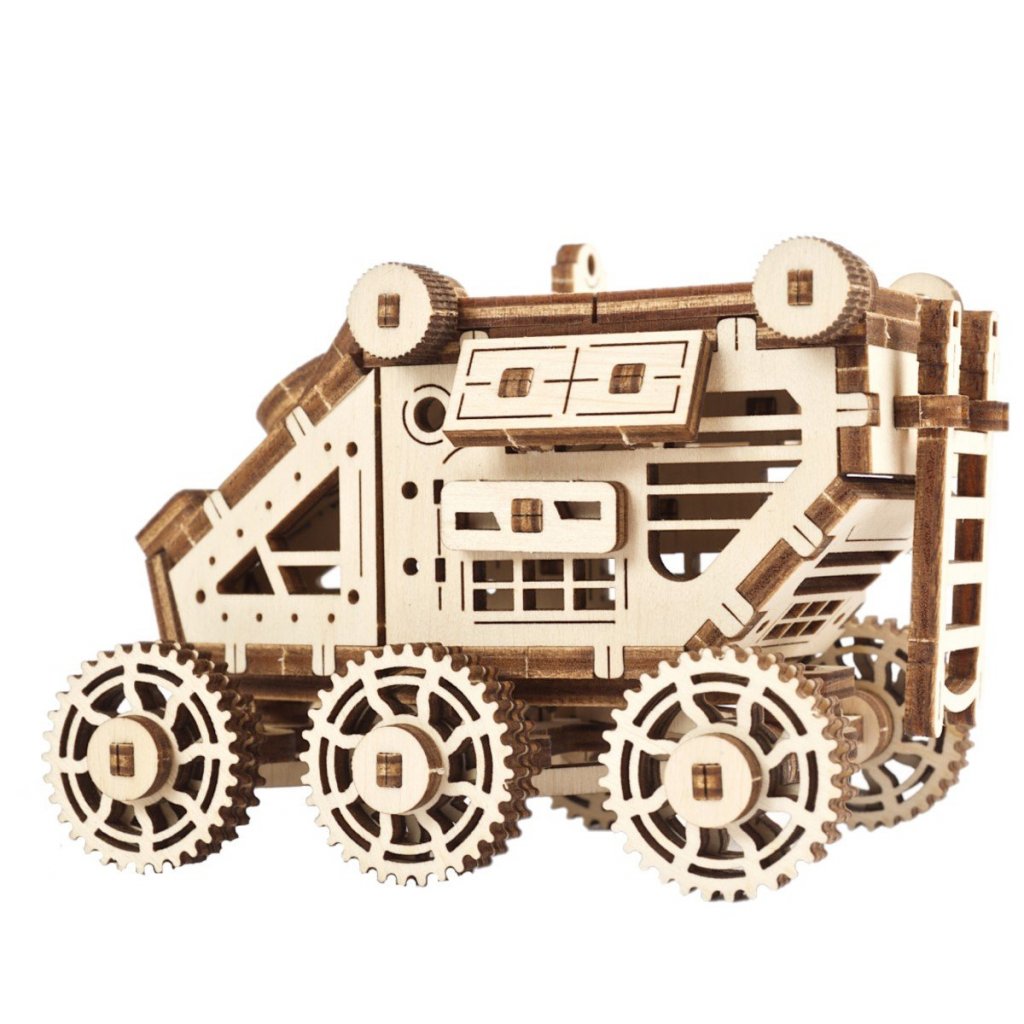 This is a special treat for all the sci-fi dads out there. The UGears Mars Buggy is the first but definitely not the last yet set that is space-related. After a successful and highly-anticipated SpaceX launch just last week,  2020 is becoming a year of turning our gaze back to space exploration. Now that the world is finally back to looking up at space with hope and impatient excitement, the Mars Buggy is a great way to commemorate this moment.

Considering all the important ideas that the Mars Bugg represents, it is a relatively easy set to assemble. The Buggy measures 3.5″x2.4″x2.7″ when assembled and takes just 30 minutes to build. For a small model like that, it is however a quite interesting one. For example, its wheels are connected in a way that allows it to easily get over small obstacles such as pencils.

Place some small stationery on the terrain of your desk and watch the Buggy get to work carrying small cargo in the special compartment on its roof. Also on its roof, you will find solar batteries that power its real-life prototypes and help them fulfill all those important missions for humanity. Additionally, there is a camera on the side of the cabin and a small carved image of Mars on the front panel. 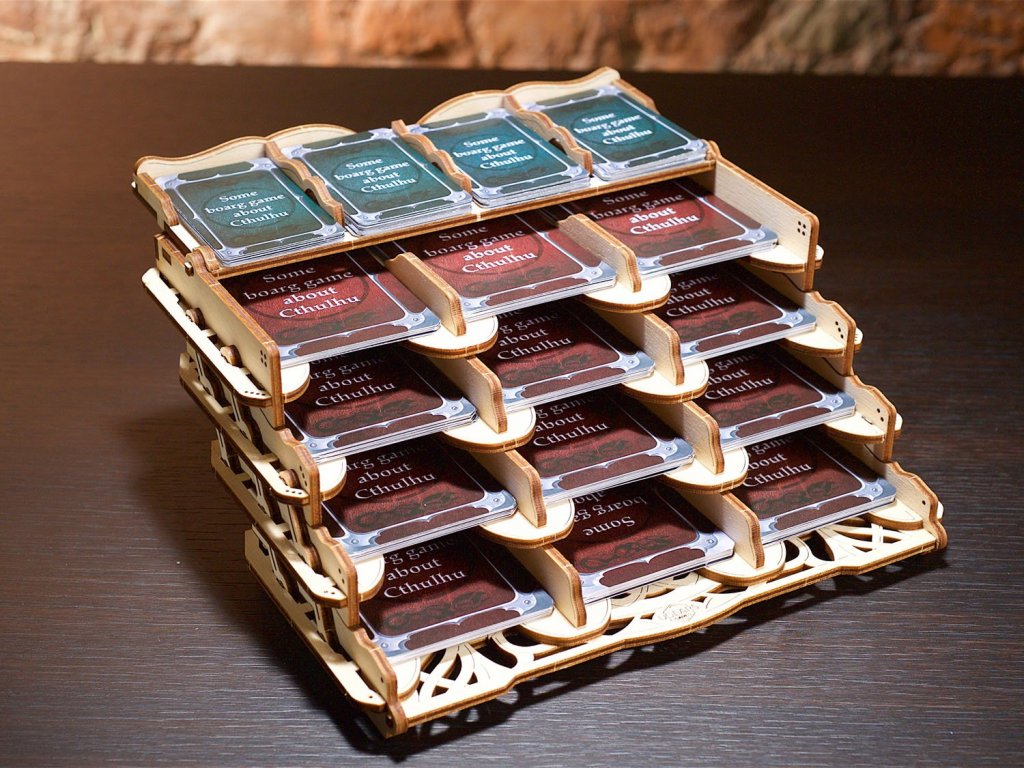 For those dads who like tabletop RPGs and board games, the UGears designers have come up with a series of sets that could be used as stylish and handy tabletop accessories. The series includes many sets such as the Modular Dice Tower, the Deck Box, and the Dice Keeper, and the Game Master’s Screen. All of these sets are suitable for a variety of tabletop games and could also become a great Father’s Day gift. We chose to tell you a little bit more about the Card Holder set because it has all the key features that make sets in this category so good.

Once assembled this set looks like a beautifully-carved wooden box that you can easily carry around and bring to the next game night. After you turn the latch lock in the front, however, the box turns into an ergonomic staircase that displays  5 levels of playing cards. The 12 card compartments of the Card Holder are designed to accommodate up to 400 2.48” x 3.46” cards in their sleeves. So your dad would not have to worry about cards being damaged or lost. Another great thing about this set s that it helps save space both on the table and in the player’s hands.

If you are still not sure, which of the puzzle sets that we mentioned will make your dad happy, we are not done with our list. We will continue looking at the best sets for Father’s Day later this week.