Best puzzles for a family quarantine 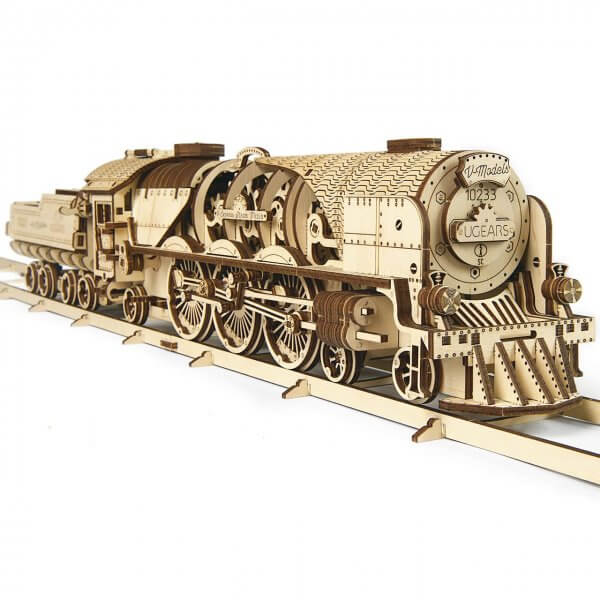 Faced with the times of crisis together with your family could be both a good and a bad thing. On the plus side, you are not left to deal with all the uncertainty and stress on your own, but on the other hand, being stuck at home with a group of people 24/7, even if they are your family, could be a challenge that not everyone is ready for.

One this that is certain right now is that it is always easier to fight difficulties together as a team. And what could be a better way of dealing with stress as a team than finding an activity that will keep everyone not only occupied but also entertained! Wooden 3d puzzles by UGears are a unique tool that will turn your family evenings during the lockdown into unforgettable experiences. We came up with five puzzles that are suitable for all ages and are ideal for an assembly in both large and small groups.

And while your family will enjoy the challenging and exciting assembly process of this stunning 538-part vehicle, the magic does not end there. In addition, the Locomotive features 3 settings: forward, back, and idle, while its engine allows it to cover a distance of up 13 feet on its own!

UGears Tram is an elegant model that is the first one in the romantic Mechanical Towns series. This set consists of multiple objects that family members of different ages and construction backgrounds can assemble separately, creating an unforgettable teamwork experience.

The elements of the puzzle include

Additionally, the set includes a few figurines that can extend the fun beyond the assembly process. These characters can become of a little play that a whole family can create and participate in.

The UGears Tower Windmill set is taking us to the pages of the famous ‘Don Quixote’ novel. Recreating one of the most famous scenes in the novel, this set features two little figurines of Don Quixote himself riding on horseback and his fearless companion Sancho Panza.

An elegant tribute to the literary classics, the Windmill is more than just that. It is powered up by a removable rubber-band motor, that activates the blades by the screw conveyor and the gear transmission.

The UGears Robot Factory belongs to the aforementioned Mechanical Towns series. After a few hours of assembly, you will get yourself a highly-detailed interior of a futuristic factory.

One of the most well-known features of all UGears set is their mechanical elements. In the case of the Robot Factory, there are multiple. First of all, its main block features a Geneva drive. Secondly, the centerpiece of the set, the assembly line is set in motion by a wind-up mechanism.

Those who would like to add more realism to the Locomotive set that was mentioned above would definitely love this option. The Locomotive + Railway Platform + Rails set is a magnificent adventure of a puzzle for large family groups. Furthermore, this beautifully-carved 3d puzzle includes 13ft of tracks, crossing point with a stop sign, and movable gates.

We hope that our list helps you find a new activity that will unite your family in these strange times and will create long-lasting memories of fun, love, and hope.