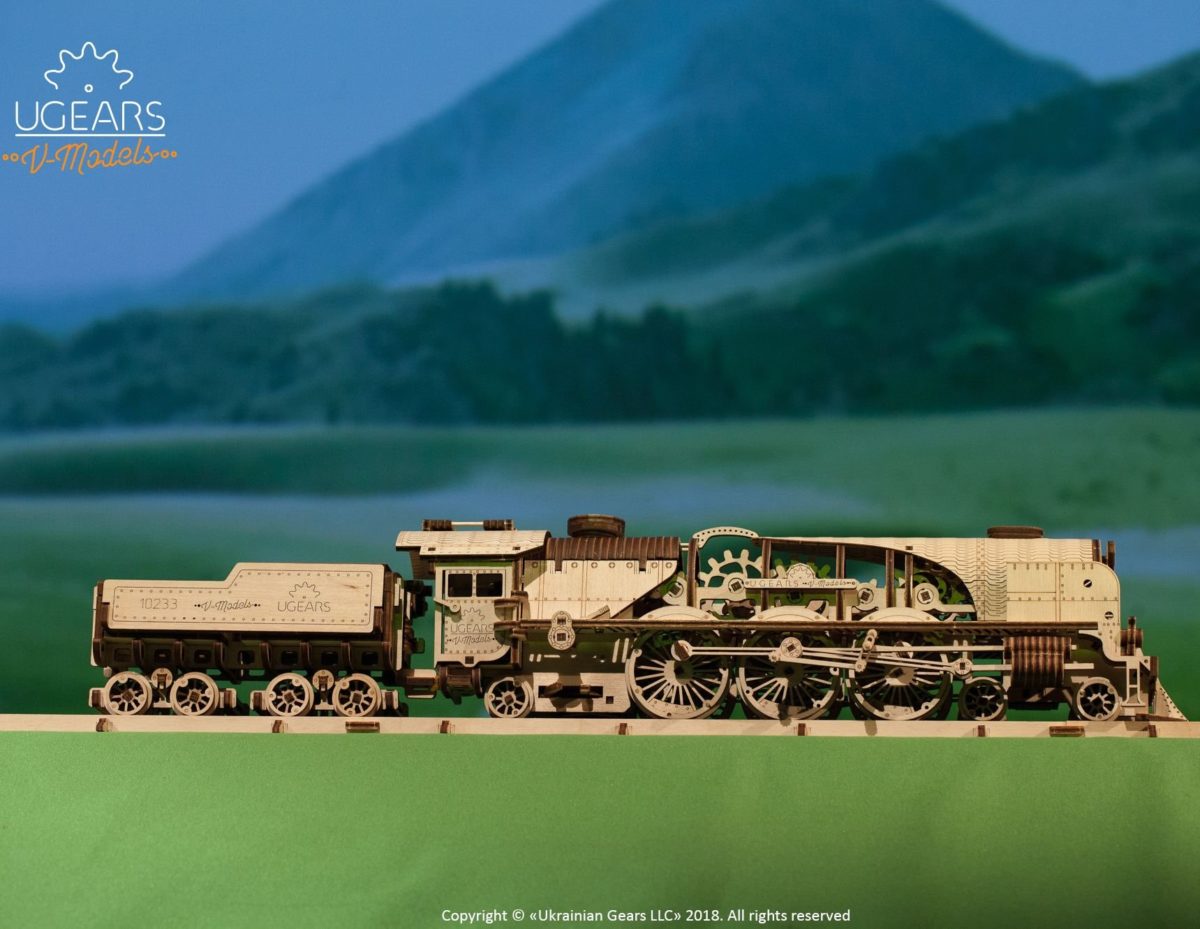 We are dedicating this post to two of UGears wooden 3-d puzzles, the 460 Steam Locomotive and V-Express Steam Train. Both models are definetely beyond any praise, because not only they are intricate wooden train models, but also are fully functioning mechanisms powered up by tiny rubber-band motors hidden inside.

What similar features do the V-Express Steam Train and 460 Steam Locomotive have?

– Both are made with natural wood materials and are assembled without the use of glue.

–  Both models are designed based on prototypes of real locomotive steam trains.

–  Each model comes in a set with a Tender.

– Powered up by a rubber band wind-up motor, both Locomotives produce forward and reverse movement and cover similar distances on a single wind.

– Both require about 10-15 hours to be fully assembled. 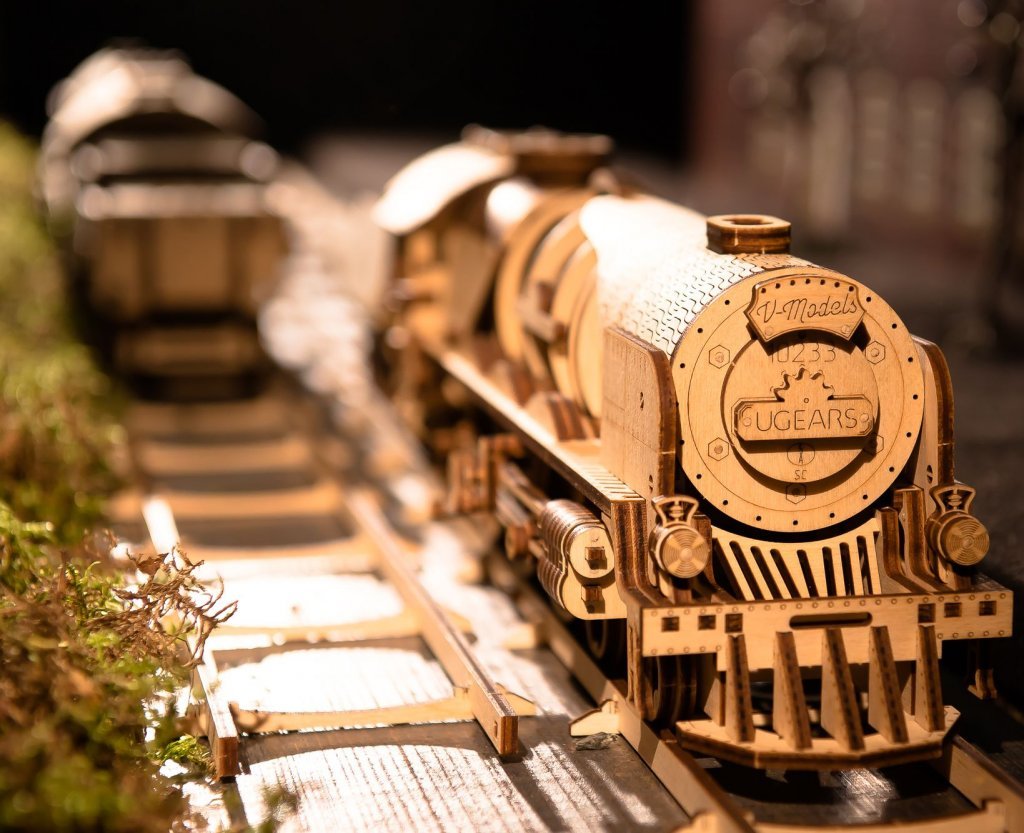 What are the major differences between the V-Express Steam Train and 460 Steam Locomotive?

– The location of a winding key. In the 460 Steam Locomotive, the winding key is located on the back. In the order to wind this model, you must first disconnect the Tender. The V-Express Steam Train’s winding key is right on top of the models’ body, which makes it possible to crank up its motor without having to disconnect its Tender.

– The number of pieces in each set is another difference. The V-Express consists of 538 pieces, while the 460 Steam Locomotive counts only 447. The difference is noticeable even after the models are fully assembled. Indeed, the V-Express features more details such as its door, the footboard, the firebox hatch and a more complex operating system of the Tender.

– The design. Even though both models are miniature prototypes of real-life steam engines, each is a separate model with its own original design. 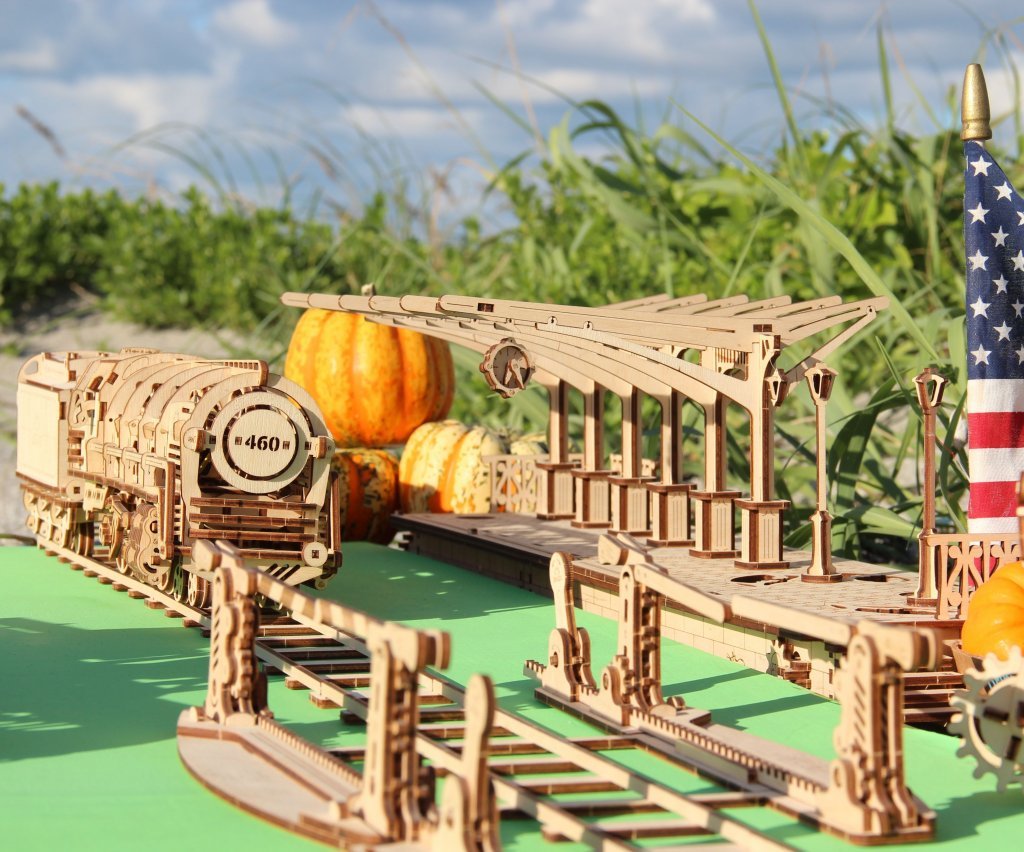 Whichever one of the two models you choose, we guarantee each of them will worth your while.

In this friendly popularity contest of two similar models you, the proud owner of either one of them,  will become a winner!

To order UGears V-Express Steam Train and 460 Steam Locomotive visit our website and place your order from the online catalog!