All UGears wooden 3D puzzle sets feature either moving elements, such as gears, levers, opening doors, working gas pedals, and even ascending ladders or more sophisticated mechanisms that are ideal illustrations of the most basic laws of mechanics. This unique wooden construction kits with the recognizable signature steampunk-style design are suitable for all ages and cover a variety of topics, including land, water, and air transport, tabletop and board games accessories, miniature cities, animals, fully-functioning musical instruments, and toys.

The UGears truck series is an example of a universal mechanical model that is sure to appeal to a variety of automotive industry preferences and tastes. Vintage models, such as, for example, the UGears UGM-11 Truck set, based on the legendary 1920’s Ford Model or the UGears Fire Truck with Ladder with an ascending ladder that can be easily transformed into a rotating crane with a hook, once assembled, look as exciting as they are to build. The Ugears Heavy Boy Truck VM-03 set would be a perfect choice for those who are more into modern heavy machinery. This wooden model is as powerful as its real-life 18-wheel prototype and can travel for up to 16 feet in one setting.

One of the many signature traits of the UGears puzzle sets is that their exterior is either partially or fully open to reveal the astonishing work of the gears and motors inside.  But it, of course, not the only thing that makes these sets special.

Truck models by UGears are made from 100% natural plywood with all of their parts pre-cut, which means you only need to apply just a little bit of pressure to get each part out of its wooden frame. More than that, these wooden trucks do not require any special tools, including glue, at any stage of their assembly. Pleasant-to-the-touch wooden surfaces, sightly lines, and an unparalleled aroma of wood that you will sense instantly as you take the set out of its packaging will set the right mood for an enjoyable assembly process either by yourself or among friends.

All UGears wooden vehicle sets can be split into three groups by assembly difficulty level: ‘Easy’, ‘Intermediate’, and ‘Hard’ with an estimated assembly time ranging from 1 to 16 hours. Due to the fact that the wooden model truck kits stand out with their complex and realistic engines and other features from their real-life prototypes, the assembly time for the wooden trucks series is within 4 to 16 hours.

How do wooden truck models by UGears work?

A highly-detailed exterior of the UGears trucks hides an even more sophisticated secret inside. All the wooden truck sets can move on their own, as they are powered by rubber-band motors ranging from the simpler four-cylinder ones to the mighty R6 engines. Steering wheels are connected to the front wheels suspension via a steering column. On top of that, each mechanical wooden model features an unbelievably realistic 2- or 3-mode transmission system that allows it to produce ‘forward’ and ‘reverse’ motion as well as gives it an ability to stay in an ‘idle’ mode.

But the fun doesn’t stop when your newly-assembled wooden model and a product of several hours of hard and meticulous work is proudly sitting on your table. Being service vehicles, trucks should be able to perform their immediate duties. And this the stage where there are even more surprises awaiting their lucky owners. The UGears truck series features models that are not only fully-functional in terms of motion, but also in terms of their main purpose. The UGears Tanker with an elegant sliding mechanism for the tank storage, for example, can carry a standard 8 oz. soda can.

The beauty of the wooden UGears truck sets is that they have all the ingredients to turn into an enviable collection. The combo sets are also worth mentioning. A great example of such set is a UGears UGM-11 Truck and Set of Additions, that allows you to turn the aforementioned Ford-inspired UGM-11 truck into either a tank truck or a fire truck.

⚙️ #UGears model kits come with everything you

🔭 Have you already seen our Windstorm Dragon?

👉 You can often hear how important it is to dev

👍 Train your brain with a unique #UGears model

«I am legally blind and enjoy the wooden models.

We are happy to inform you that the long-awaited m 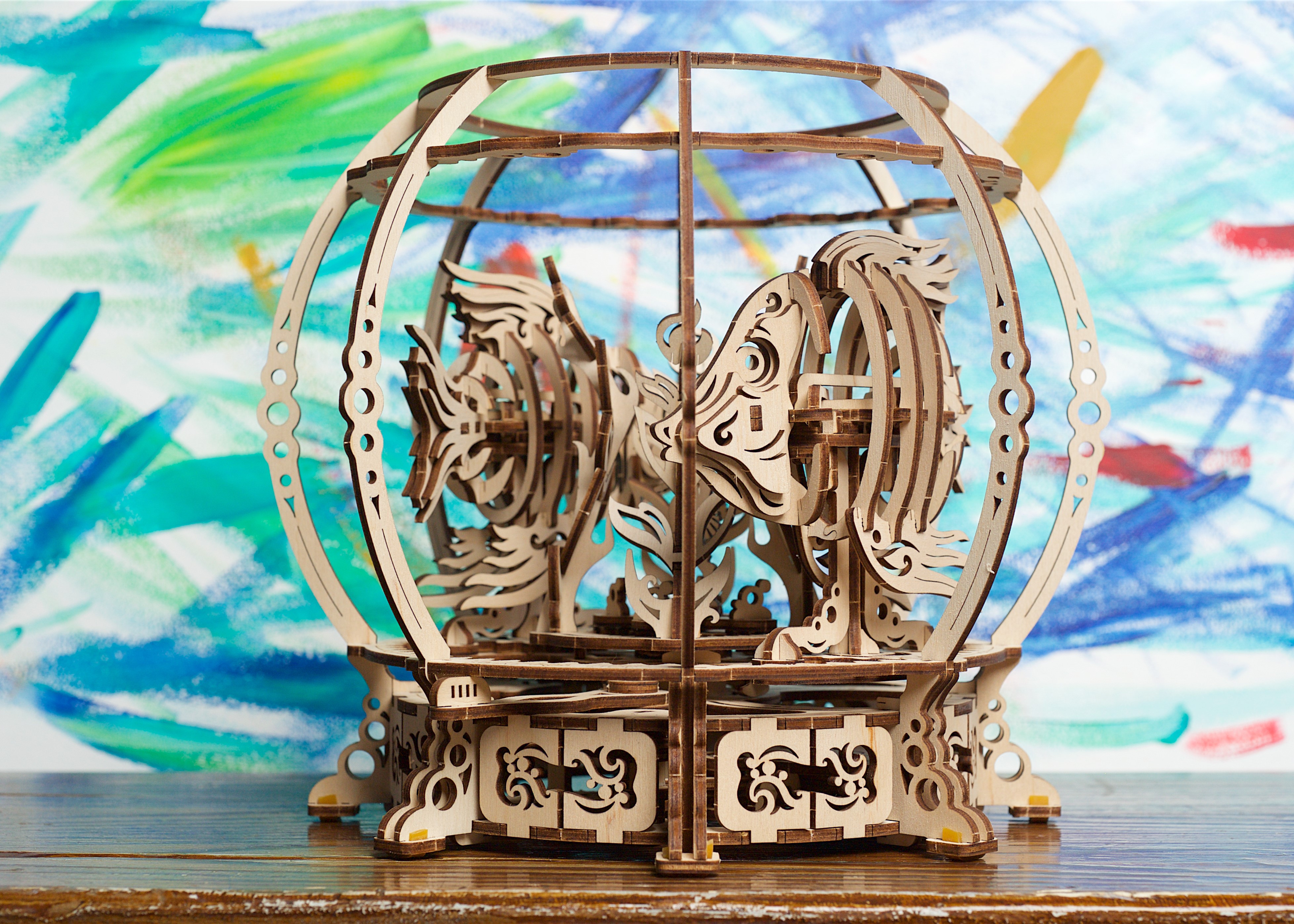