HOME /Blog /The UGears Antique Box: a modern tribute to the Victorian era most popular accessory

The UGears Antique Box: a modern tribute to the Victorian era most popular accessory 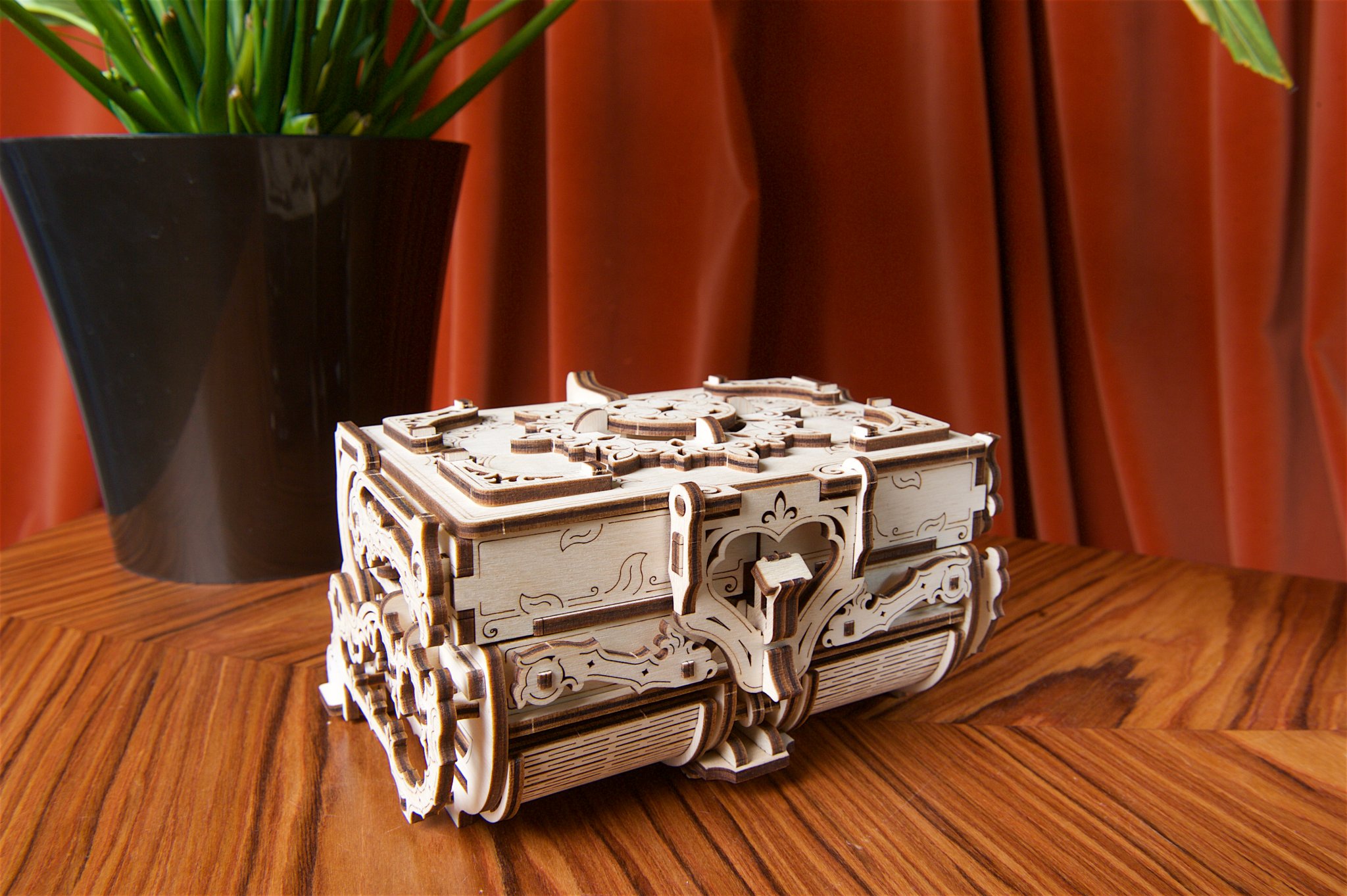 The UGears Antique Box is another set in the line of charming jewelry boxes. It is one of the bigger sets in this series and it consists of 185 parts. The Antique Box takes between 4 and 8 hours to assemble. The beauty of the Box lies in the fact that it has a bit more to offer than you can see at first glance. Let’s take a look inside this immaculately-detailed treasure chest of a jewelry box and see what it has in store.

What makes the Antique Box one of the best jewelry boxes in the UGears collection? 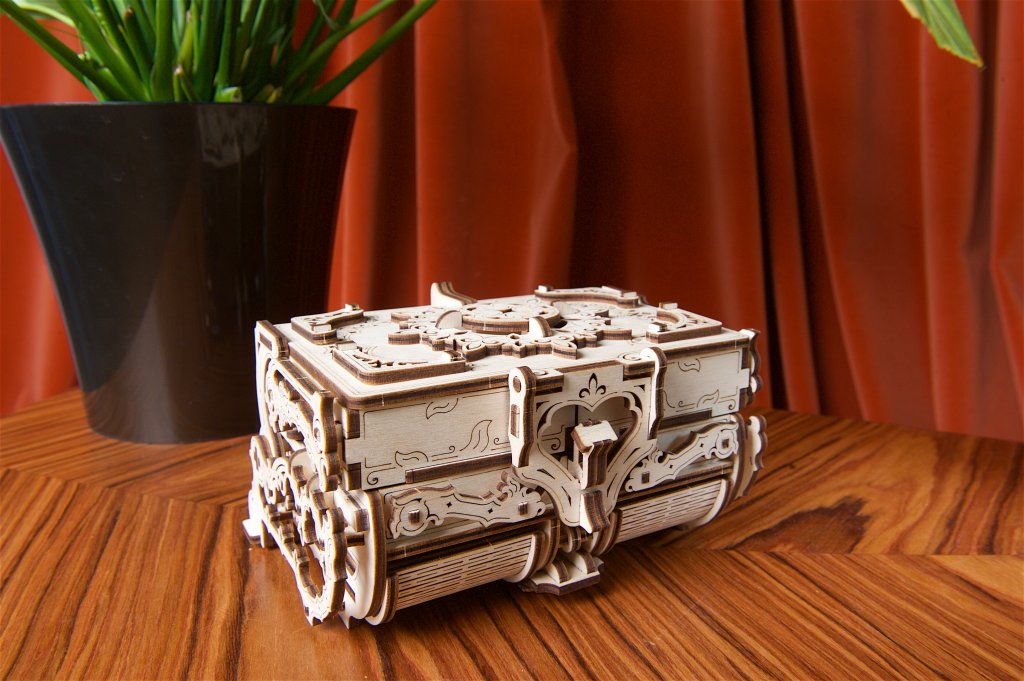 The Antique Box features a latch lock that makes sure that all the treasures inside the Box can be safely transported. The beautifully-illustrated manual in 11 languages will guide you through all the assembly stages without hassle. The Antique Box is a perfect gift for both long-term UGears fans. In addition, it is a unique opportunity to introduce someone to the smart mechanisms. Similarly, as those mechanisms feature all-natural eco-friendly materials, it is a great way to show your care about the environment.