HOME /Blog /The power of the card: UGears mechanical cardholder

The power of the card: UGears mechanical cardholder 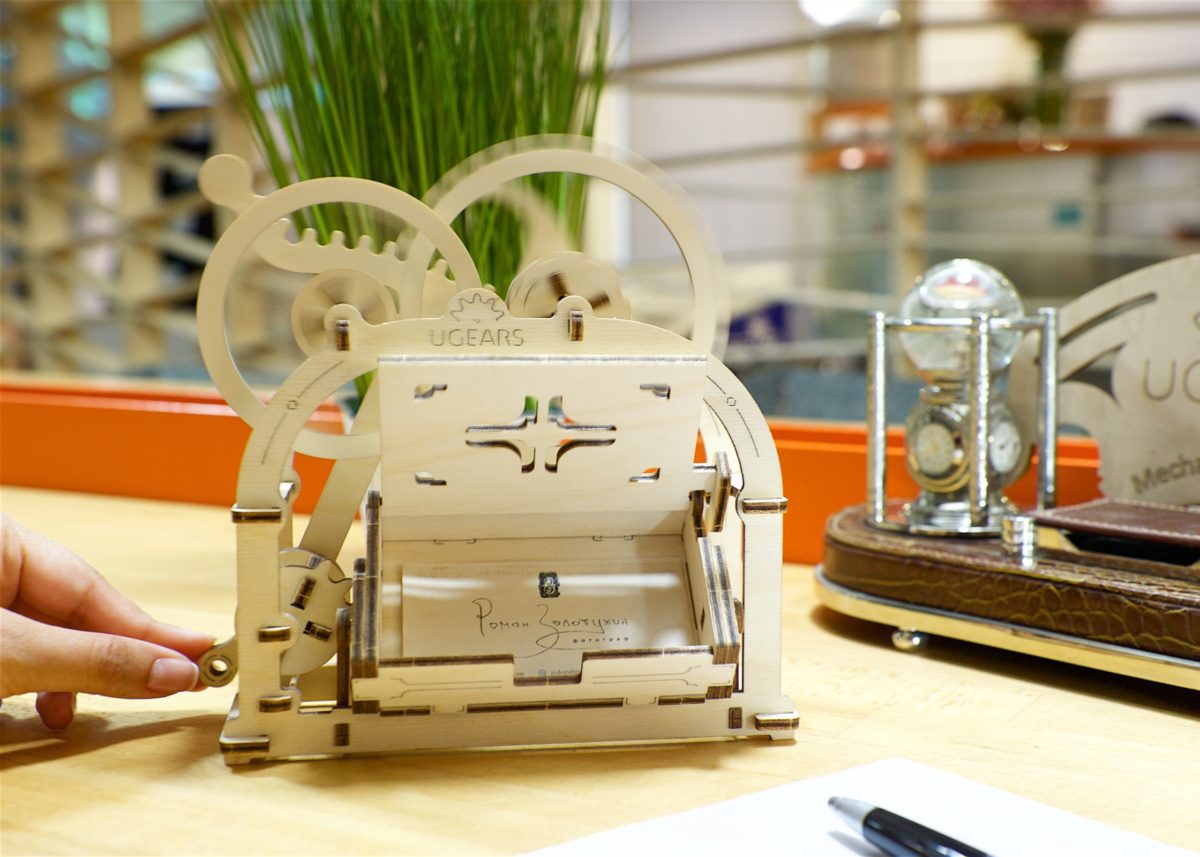 It was Friday and Dan was about to leave his office for the weekend. He wanted it to be perfect, as a milestone meeting where the fate of his company would be decided was scheduled for Monday morning. They were about to strike a deal which would give them that big order – and they really needed it. Dan looked around the room attentively for the last time. Something was missing, but what? His desk was businesslike, as usual, with nothing but his laptop occupying it. That’s when a craftsman in him stirred and whispered softly but insistently. Dan smiled… 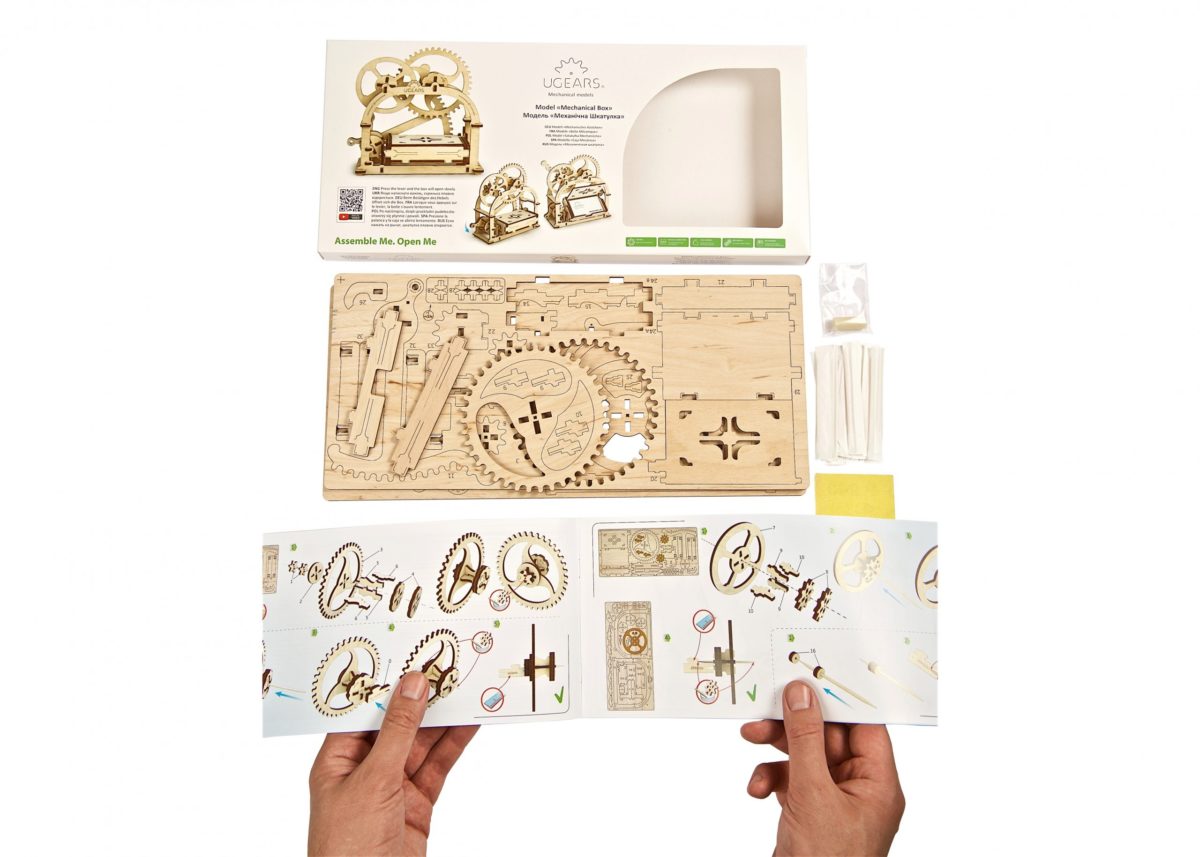 Back at his place Dan went down to the workshop, turned up the radio, poured himself a cup of fragrant coffee and got to carving his Saturday masterpiece. He was an amateur carpenter and the smell of freshly-cut wood and the humming of the tools in his basement were oddly soothing and calming. This is how the stress of the workweek dissolved into the nothingness and pleasant warmth and calmness filled his body. By early afternoon, his desktop addition was ready. He knew the Monday meeting would work out just fine…
The meeting was coming to an end. It had been a productive talk. Dan reached across the desk and produced his business card from that exquisite piece of his handiwork. He knew he was on the right track to getting that much-needed contract. 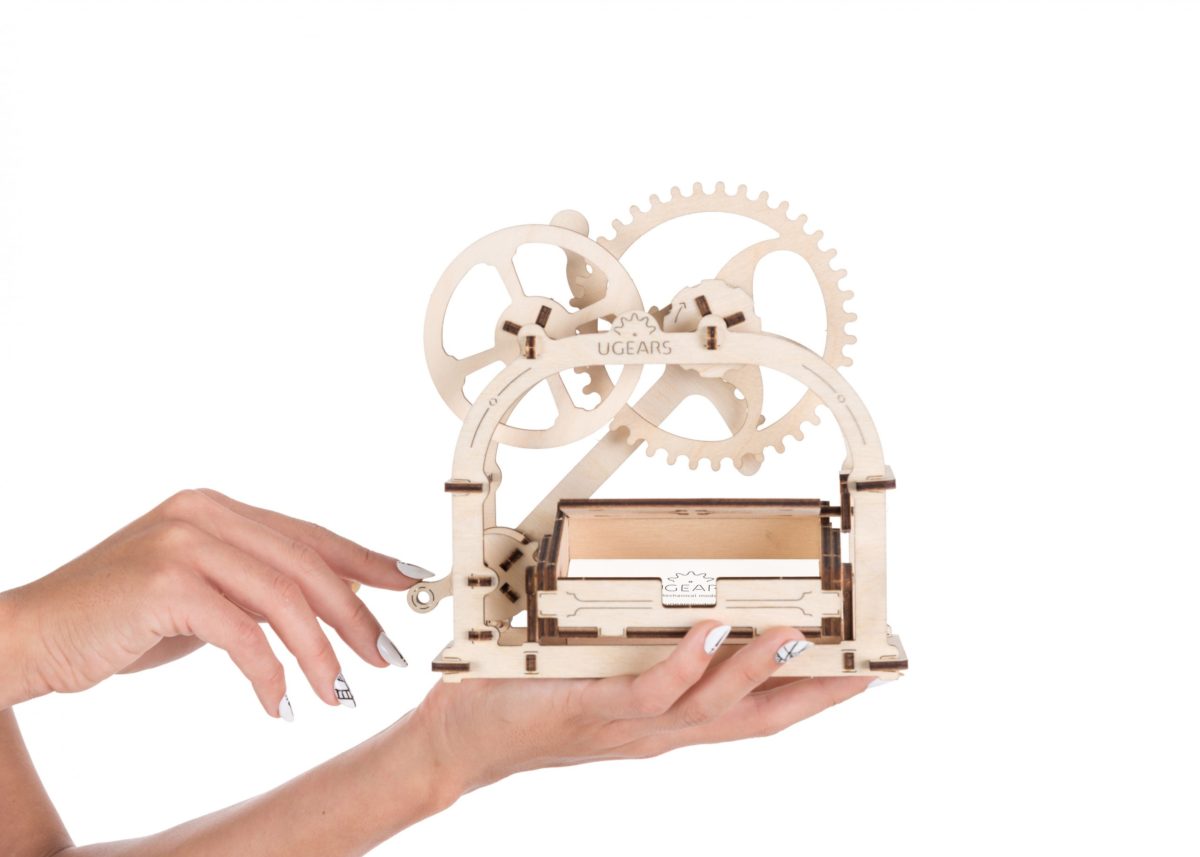 UGears knows how tough the world of business can be and has something to brighten up the days of even the busiest of us! We are happy to announce that the business card holder from this story is this week’s MODEL OF THE WEEK, offered at a very special discounted price:

This is a 3-D mechanical puzzle which you can enjoy both at home, while assembling it with your loved ones, and at work, where it would be reminding you of that pleasant family quality time!