HOME /Blog /Staying on the safe side

Staying on the safe side 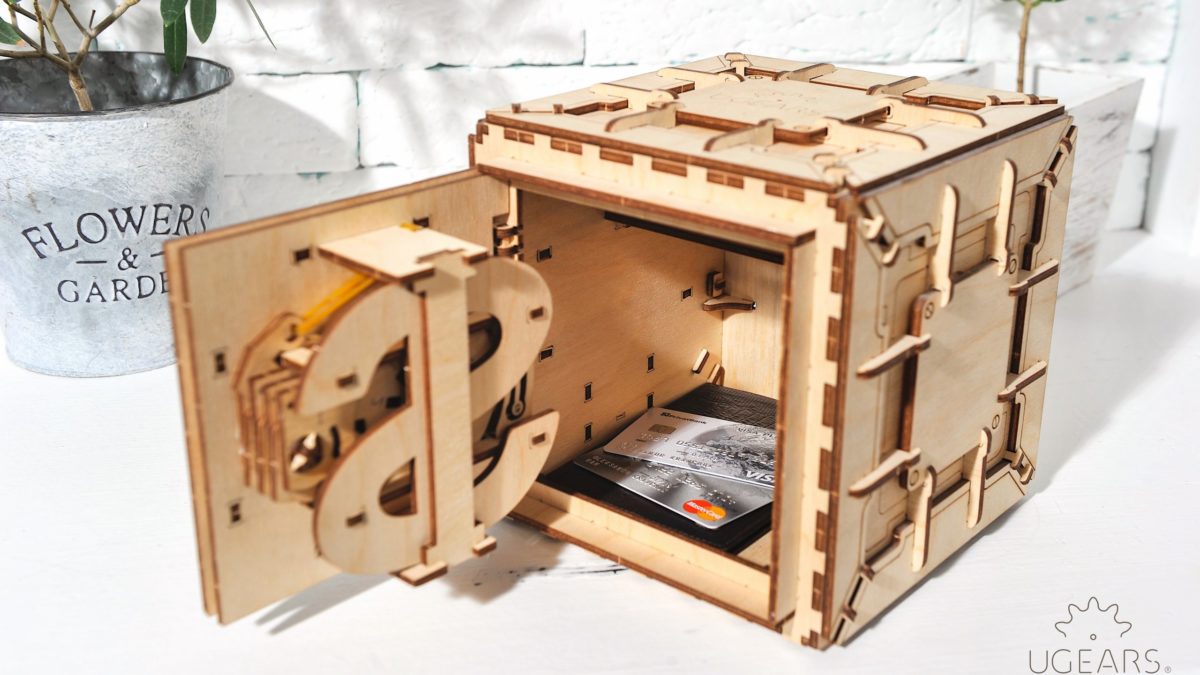 On 3rd October 1883 a man walked into a bank building on the corner of 3rd and 75th in NYC. He was constantly shifting his gaze and emanating slight nervousness, and for good reason. What was about to happen would come to be known as one of the world’s top 10 outrageous robberies of all times.

No, this didn’t really happen, but this is how a heist movie or a fiction book may begin one day. Throughout the ages there have been those who considered themselves above the regular laws, regulations and bonds, those intangible threads holding society together. For their own reasons these individuals would embark on quests to obtain what had initially not been theirs. They may have justified their actions by some greater good and they may have captured the public imagination in some way, but the simple truth remains what it is: bank robbers attempt to enrich themselves at the expense of others. Full stop. The system might fight back to protect the innocent. Exclamation mark. 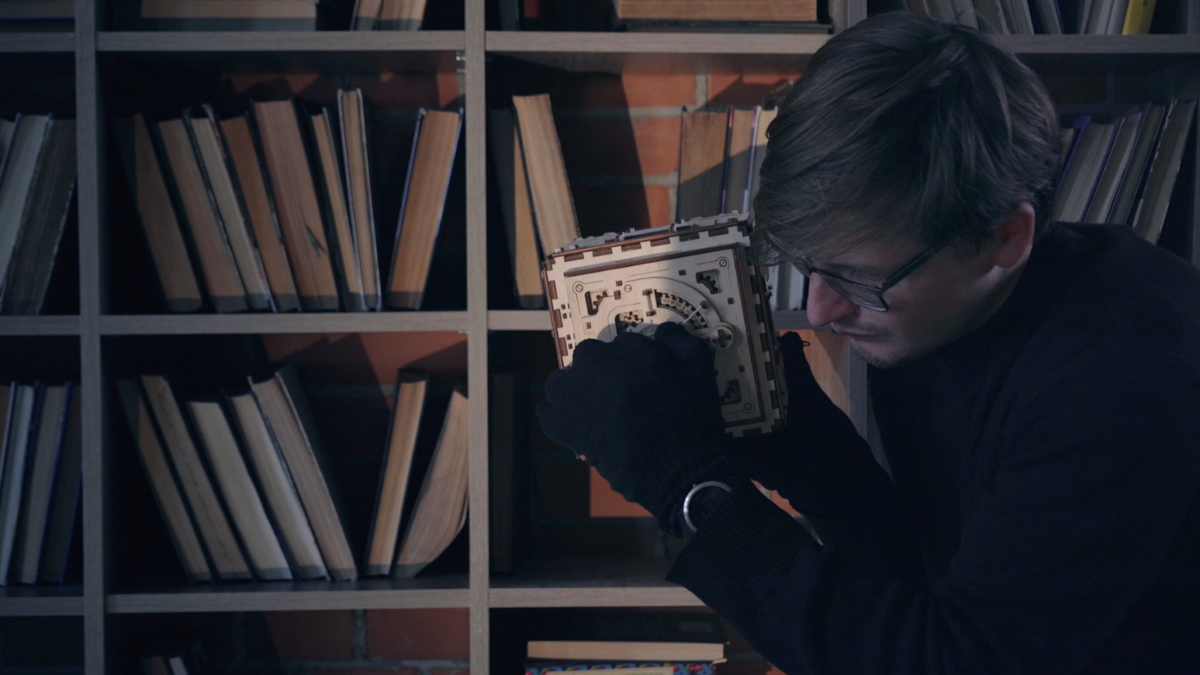 How is it done?

In fiction literature – often based on real-life stories – bank robbers do their dark deeds in a variety of notorious ways.

They dig tunnels which resurface near the vault, plant explosives, find people on the inside to sell them information and grant them access to the treasures within. Some even do it the old-fashioned way with a mask on their face and ‘Everybody get down, it’s a robbery!’ war cry ringing in the air. This is preceded by meticulous preparation and followed by police chases, investigation and, more often than not, lengthy sentences and imprisonment.

During a once-recognized-as-the-most-massive-robbery-of-all-times a 25-person group of Brazilian criminals pretended to be landscape design professionals and worked their way into the Banco Central building through a 265-foot underground passage. On that occasion alone more than 70 million dollars was stolen (with only 20 million recovered afterwards).

Stories like these seem like amusing anecdotes and fun to share at dinnertime, but reality is that they are usually the ones depicting the result of human misery and despair. 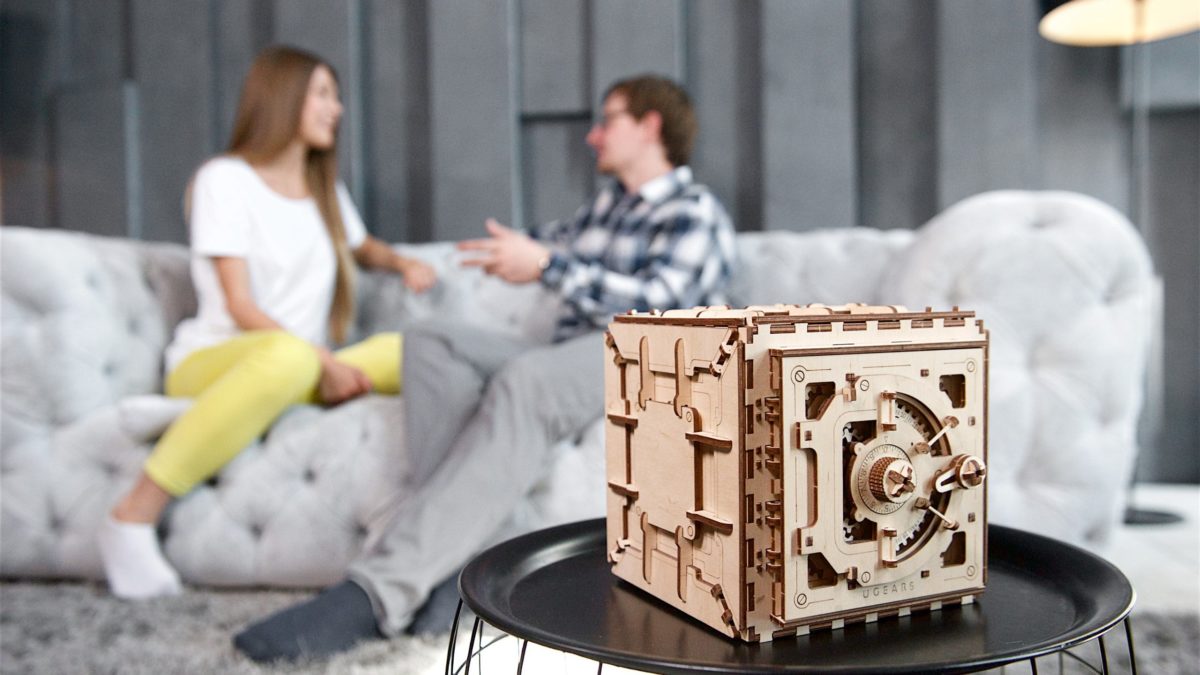 Fear not! These stories of crime and decay shall not bother you! Ugears comes to the rescue with a model of a safe, which, once assembled, can keep things that are dear to your heart away from harm. A hundred and seventy-six wooden parts of sheer joy are put together in an elaborate woodwork box, whose creation was inspired by all those banking professionals operating on the side of the law and justice. Despite giving its due to the modern-looking tumbler lock mechanism, this model also acknowledges the past (until 1700s), when actual bank safes were made of wood. Unlike those ancestors of massive iron-clad vaults with submarine-like doors, our model combines the practicality and the fun. Without glue or cutting required, one simply needs to follow the instructions included (or their own hunch, which may work for experienced puzzle model lovers) and get to work on this piece of art!