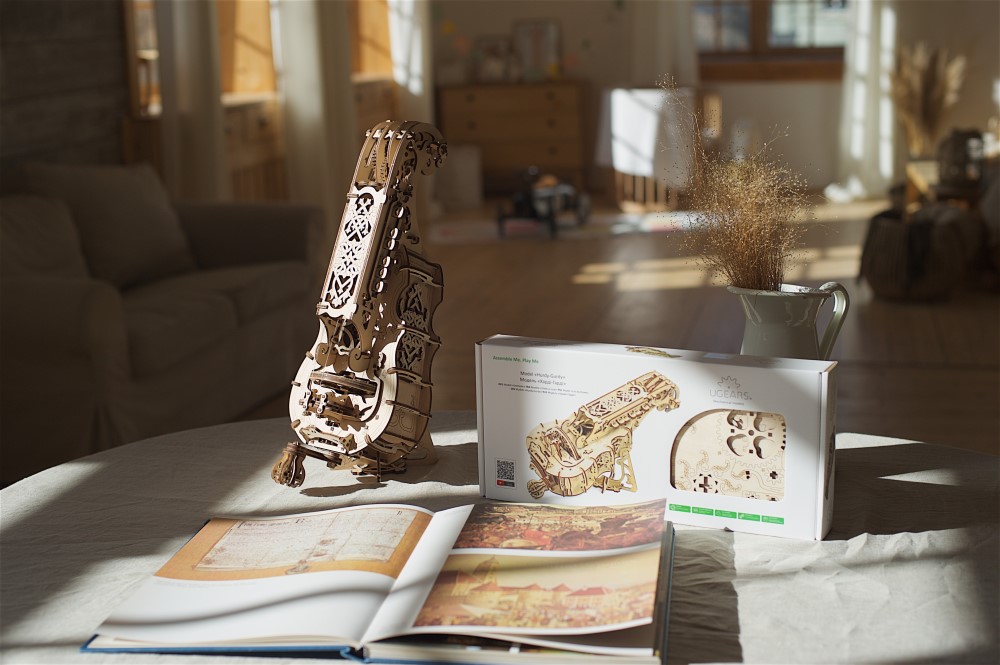 No, it’s not related to Humpty-Dumpty, although these two share a country that gave them their present names. Unlike the English nursery rhymes character of Humpty-Dumpty, though, the musical instrument of hurdy-gurdy comes from a past as distant as XII century. Sure, it was called differently in other places (the French, in whose country the instrument supposedly took its near-present shape, used to call it ‘la vielle a roue’, which means ‘wheel fiddle’; Italians gave if the name of ‘ghironda’; Spain knew the hurdy-gurdy’s predecessor, a two-person operated instrument, as ‘organistrum’).

It also took on many forms and variations and at different stages of human history catered for the needs of the poor and the wealthy alike. It transformed from the two-man held instrument played mostly in churches to a smaller one-man version (played anywhere) known and loved till this day. Although at some point it was mostly perceived as the instrument of the common folk and peasants (since it was them who brought hurdy-gurdies from their native villages to the cities and played them there, reminding themselves of the homes and loved ones left behind), this too began to change with time. 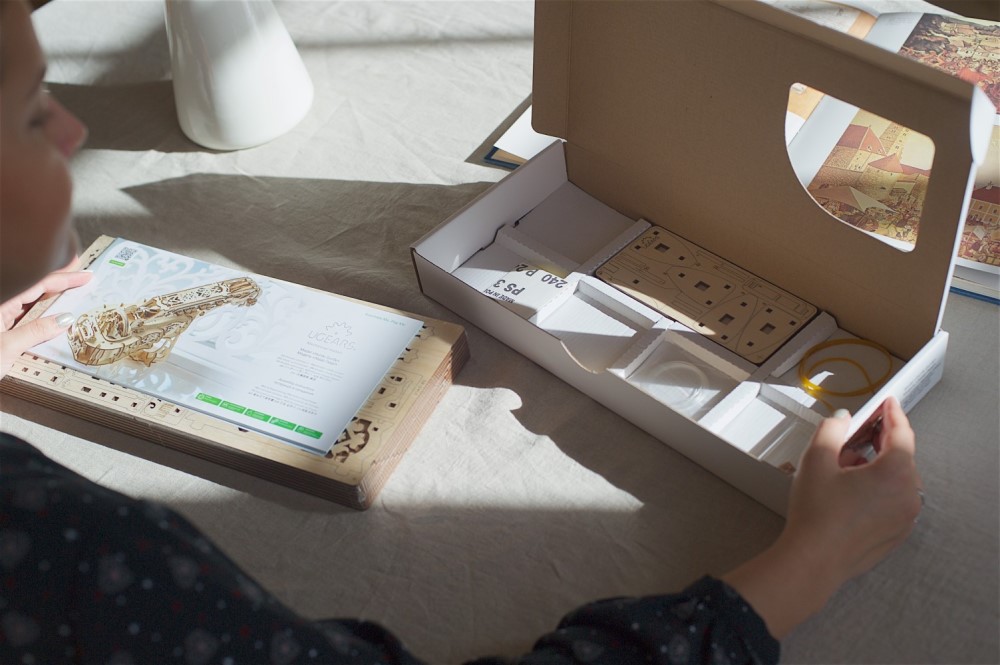 Some of the best and most exquisite engineering hurdy-gurdy toys were created by the French masters to accommodate the tastes of King Louis XIV and his court. Eventually, even such renown composers as Vivaldi and Mozart composed music for la vielle a roue (hurdy-gurdy), propelling it into the higher class pastime.

The hurdy-gurdy may have had its ups and downs, as well as varying degrees of recognition, but the truth is, its seeming (and somewhat deceiving) simplicity has gotten it this far. It is an ancient tool of music, which is, after all, a reflection of the human soul, our desires, wishes, fears and hopes. It is with music, rather than with mere words, that we express joy, sadness, compassion and love, give way to our true feelings and open up to the world. The voice of music knows no barriers or limits; it reaches those that can be reached. It shares, it teaches, it heals… 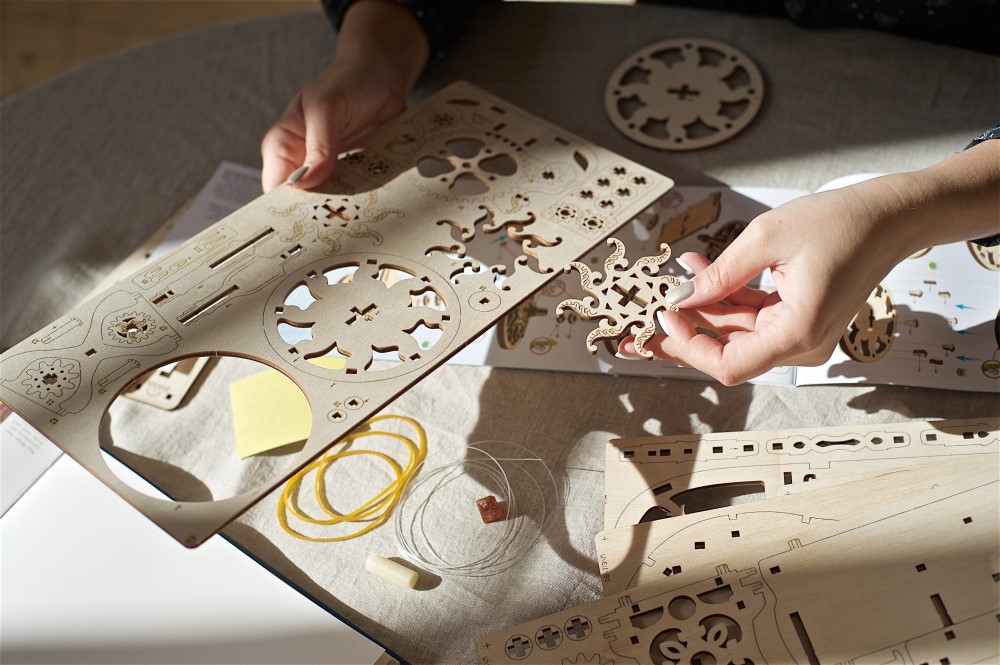 UGears Hurgy-Gurdy is the embodiment of this eternal ancient voice. We strive to give you the opportunity to be the creator of your own fully-functional musical instrument. At present, the US has many distinguished hurdy-gurdy masters, but, however spectacular their skills are, you do not need to be one to create your own musical instrument and play it! All you need it our Hurdy-Gurdy set, and after four to five hours of careful assembly, the musical instrument made with your own two hands (which will most likely be the first of the kind) will be ready to showcase and play! 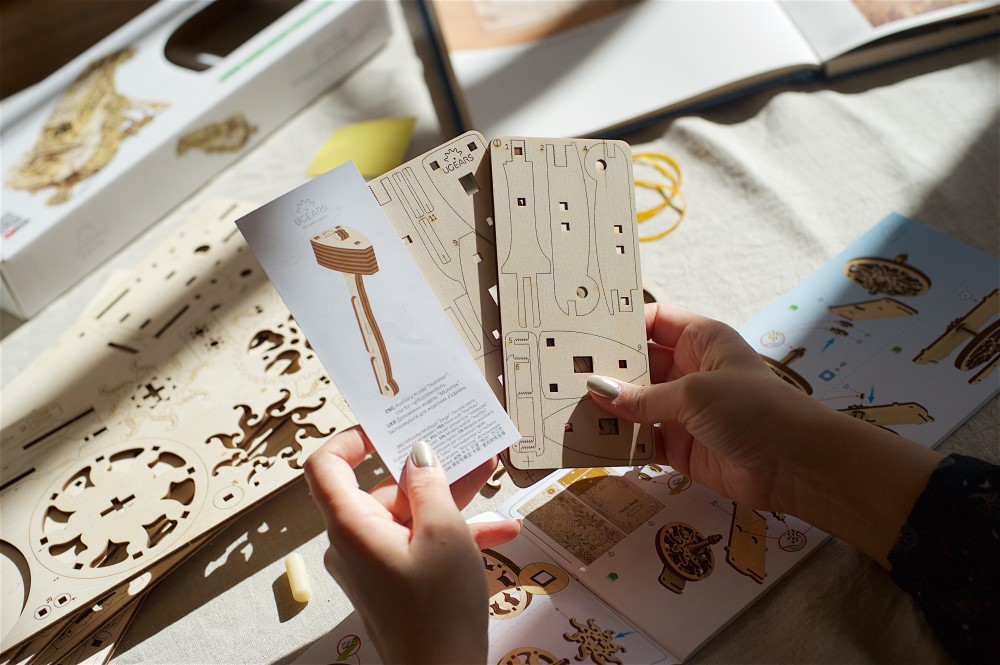 This way, the Hurdy-Gurdy unites the two worlds and satisfies two primeval instincts: the practical one of constructing a useful tool and the spiritual one of longing for the creation of the universal language of music. I hope that the mere fact of such fusion dissolves any doubts that you, our dear reader, might have been harboring, into the nothingness and proves that the UGears Hurdy-Gurdy, an enigma, an engineering toy for teens and a brain puzzle for adults, is, indeed, the modern-day DIY musical revolution that’s unfolding before our very eyes. 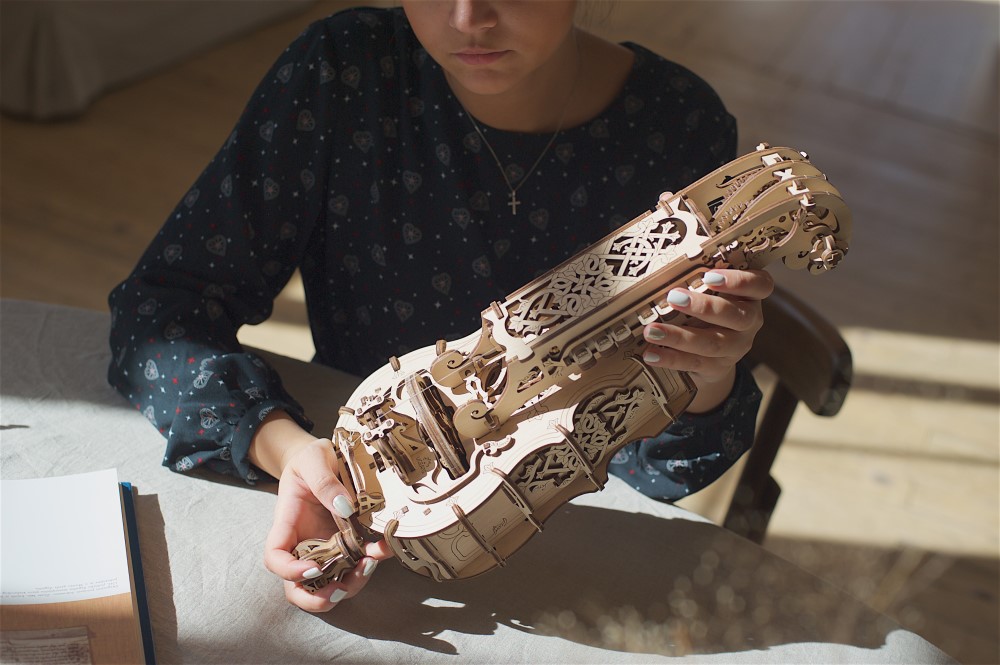