HOME /Blog /What is Hurdy-Gurdy? 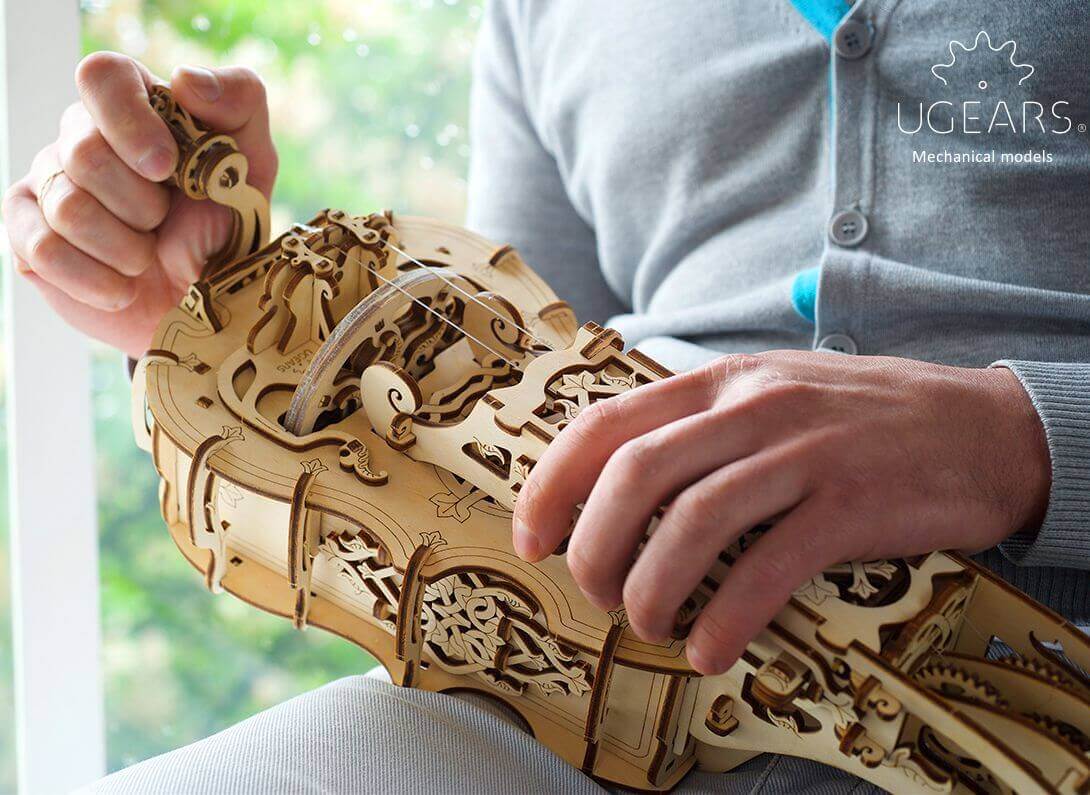 Hurdy-Gurdy is one of UGears most popular and sought after 3-d puzzle model that is a fully functioning miniature musical instrument. But, is Hurdy-Gurdy a true copy or is it a product of the designer’s imagination?

Hurdy-Gurdy is nothing more than a wheel lyre, an ancient French string instrument. The first Hurdy-Gurdys were quite large, about the size of modern cello. Widely popular among peasants, as times passed and Hurdy-Gurdy underwent various modifications such as decreasing in weight and dimensions, it became the most trendy folk musical instruments. 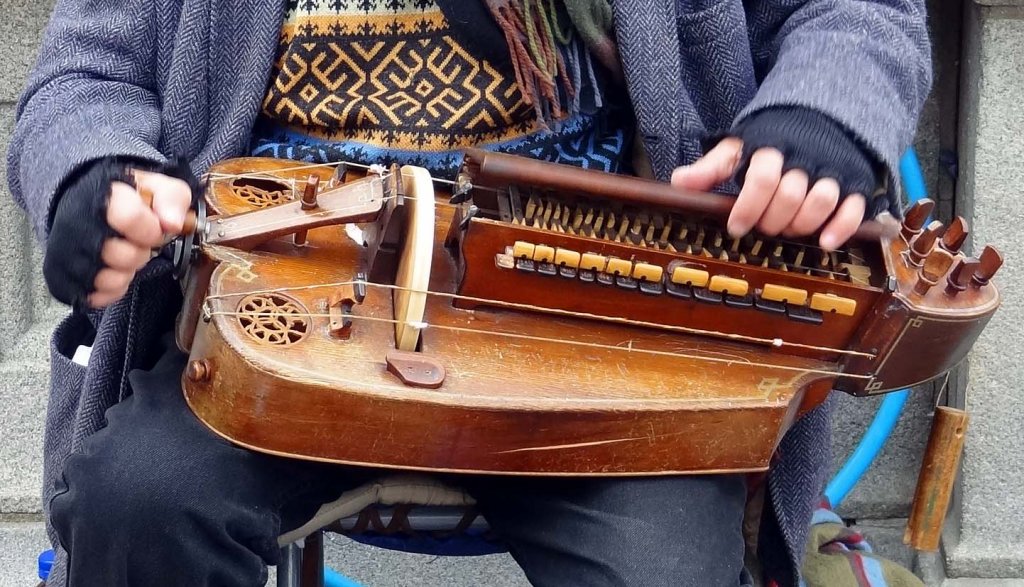 How does it work?

Hurdy-Gurdy produces its sound with 3-6 six vibrating strings rubbing against a rosined wheel connected to a hand-cranked handle. Melodies are played on keys that press tangents against the main string to change its pitch. The vibration of the rest of the strings creates a back grind.

The Hurdy-Gurdy’s body shapes vary from a rectangular box to a similar to modern guitars look. Its sound resembles the one made by bagpipes. To play the original instrument a musician must hold it on his and lap use the neck belt for additional stability.  UGears Hurdy-Gurdy is a miniature, yet the real version of this musical instrument and does not require special skills to play. Because of its size, it produces rich, but more subtle, compared to the originals Hurdy-Gurdy’s sound and can be played by both kids and adults. 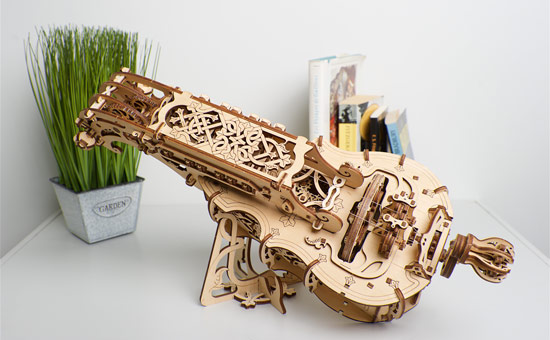 The Hurdy-Gurdy 3-d puzzle is quite complex. Consisting of nearly 300 pieces, it requires a certain amount of time, patience and concentration to put together. Every piece of this model is made with natural wood materials which contribute to Hurdy-Gurdy’s pleasant musical sound. For the best results and to make the process of playing Hurdy-Gurdy easy and enjoyable we gave it only 2 strings.

Hurdy-Gurdy 3-d mechanical model is a great opportunity to discover a creative beginning in yourself, regardless of your age!